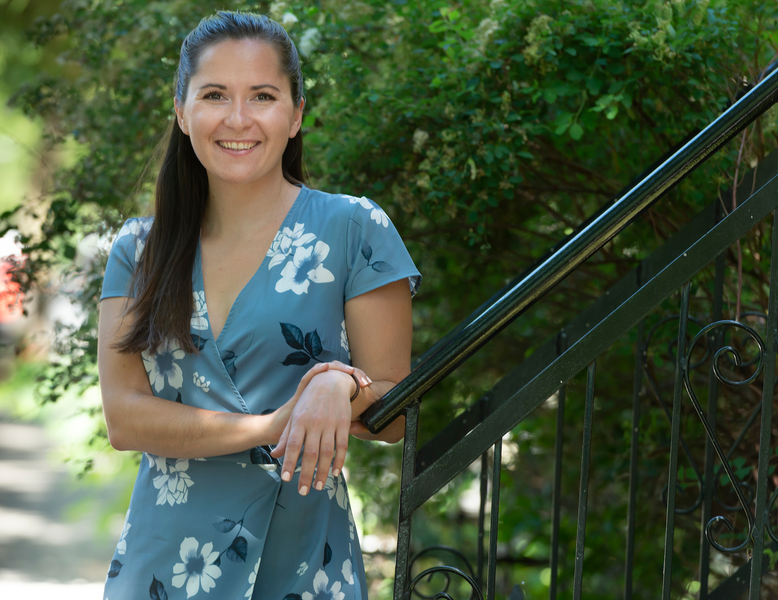 As a first-year medical student at the Université de Montréal, Dr. Claudel Pétrin-Desrosiers read a study showing climate change is the greatest threat to health in the 21st century.

"From that moment on, I knew I couldn't be a doctor without taking an interest in the issue," she says. "Climate change increases health risks and exacerbates the problems communities face, such as housing, food and water security, poverty and social inequality."

She took up the cause as chair of the Quebec chapter of the International Federation of Medical Students Associations (IFMSA), which raises awareness among medical students about public and global health issues.

"I was in a unique position," she recalls. "It was 2012 and there were only about 20 people in the world who were talking about the health burden of climate change."

She put her third year of medical studies on hold to serve the IFMSA as vice-president of external affairs, representing more than a million medical students in more than 120 countries — and leading an international team of more than 100 members. In 2016, she co-authored a climate change and health training manual for medical students recognized by the World Health Organization and the United Nations Framework Convention on Climate Change (UNFCCC).

The rising voice of physicians

The impact of climate change on human health is undeniable. Extreme heat waves, forest fires and floods have contributed to higher incidences of cardiorespiratory problems, infectious diseases and physical and psychological distress. Physicians are front-line witnesses to the devastating health effects of climate change.

"The planet is overheating. We often talk about trees and polar bears, but we don't talk as much about ourselves," says Dr. P.-Desrosiers. "Coming at climate change from a health perspective makes it part of our human experience."

Not long after, she acted as the Quebec spokesperson for the 2019 Lancet Countdown on Health and Climate Change, which found that Canada's health care sector accounts for approximately 4% of the country's total greenhouse gas (GHG) emissions. Compared with health care systems in 47 other countries, Canada has the third-highest per capita emissions.

"As physicians, we pledge to first do no harm," she says. "If we are to walk the talk, that means we must also reduce the environmental footprint of our health care system."

A prescription for the future

Today, Dr. P.-Desrosiers has finished her family medicine residency at the CLSC des Faubourgs in Montréal and is currently completing her training with a Master's in environment, as part of the clinician scholar program. She is chair of the Quebec chapter of the Canadian Association of Physicians for the Environment (CAPE).

Dr. Claudel Pétrin-Desrosiers is receiving the Dr. Brian Brodie Medical Learner Leadership Award in recognition of her exemplary dedication, commitment and leadership as a medical student.