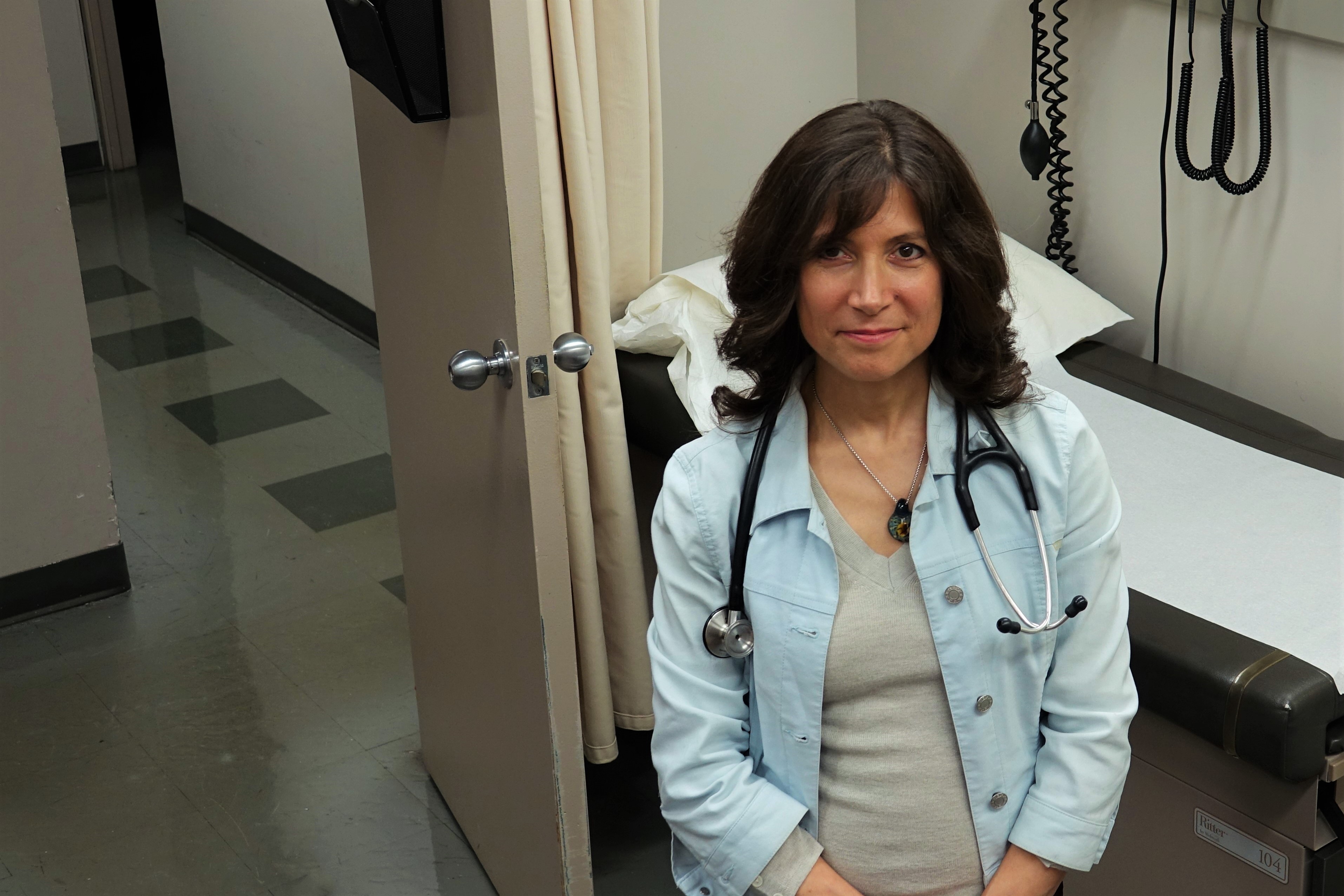 “In bringing this idea of targeted poverty screening to our family health team, we were raising awareness about poverty as an important social determinant of health.”

Three years ago, Dr. Kimberly Wintemute took on a mission — to figure out which patients in her family health clinic were at risk of living in poverty. By knowing people’s economic circumstances, Dr. Wintemute believed, physicians could help reduce the impact that hardship has on their health.

That was the theory. But the challenge became putting that screening into practice.

The North York Family Health Team (NYFHT) is a group of 86 family physicians spread across 21 locations, providing care to approximately 90,140 patients in the Toronto suburb of North York.

“There is a lot of socio-economic diversity in our part of the city, which makes it really hard for family doctors to pick out the patient who is actually struggling to make ends meet,” she says.

So Dr. Wintemute decided to use a targeted poverty screening tool to narrow the field. The tool takes Statistics Canada data on income levels by postal code and cross-checks it against the demographics of patients in the electronic medical record (EMR).

“We decided to look at the intersection between lowest income quintile and highest degree of material deprivation — another index of Stats Can — and we looked at where those intersected and then found those postal codes in our EMR.”

Only four physicians from NYFHT took part in Dr. Wintemute’s first pilot project in 2015. They discovered that 147 of their 4,000 patients lived in postal codes with the lowest income brackets. Of those, one-third agreed to the next step: answering a common poverty screening question: “Do you ever have trouble making ends meet at the end of the month?"

Ultimately, 12 patients said they were struggling. The physicians then asked if they wanted to meet with a case worker on the health team, who could help them access government social programs.

“The case worker can help people optimize income and help with vocational training or retraining. They can connect them to resources in the community,” says Dr. Wintemute.

With that first pilot under her belt and proof the poverty screening tool could be implemented, Dr. Wintemute set out to bring more physicians on board to help them understand their role in improving a patient’s social determinants of health.

“If you look at what makes the most difference to longevity and quality of life, family doctors can spend time talking and coaching people about exercise and nutrition and how to lift oneself out of poverty."

In June 2017, she launched a six-month pilot project. This time, nearly half of the doctors at NYFHT volunteered to take part. In total, they had 27,000 patients.

Using the same Stats Can indices for those patients, they found 852 were living in the lowest income postal codes. While 509 had visited their doctor in the clinic over the six-month period, only 128 were asked by their doctor if they had trouble making ends meet.

“For some reason, even physicians who were really motivated around this issue and specifically signed up as part of this project only screened one-quarter of the patients who had a visit. We are looking at that. What were the barriers there?” says Dr. Wintemute.

This is one of the challenges Dr. Wintemute is trying to understand — how to make poverty screening a regular part of a physician’s interaction with their patients.

During the June 2017 pilot project, she found proof she is making some headway. In her clinic,  awareness of the targeted poverty screening study had become so common, even physicians who had not signed onto the pilot started asking their patients if they were struggling financially. During that six-month period, 85 patients were referred to the case worker for income optimization — even though they did not live in a high-risk postal code area.

“In bringing this idea of targeted poverty screening to our family health team, we raised awareness about poverty as an important social determinant,” says Dr. Wintemute. “It appears we’ve elevated this issue in the minds of the primary care providers on our team.”

Dr. Wintemute says knowing which patients are living in poverty can be a powerful tool for primary care providers.

“If you look at what makes the most difference to longevity and quality of life, family doctors can spend time talking and coaching people about exercise and nutrition and how to lift oneself out of poverty.”