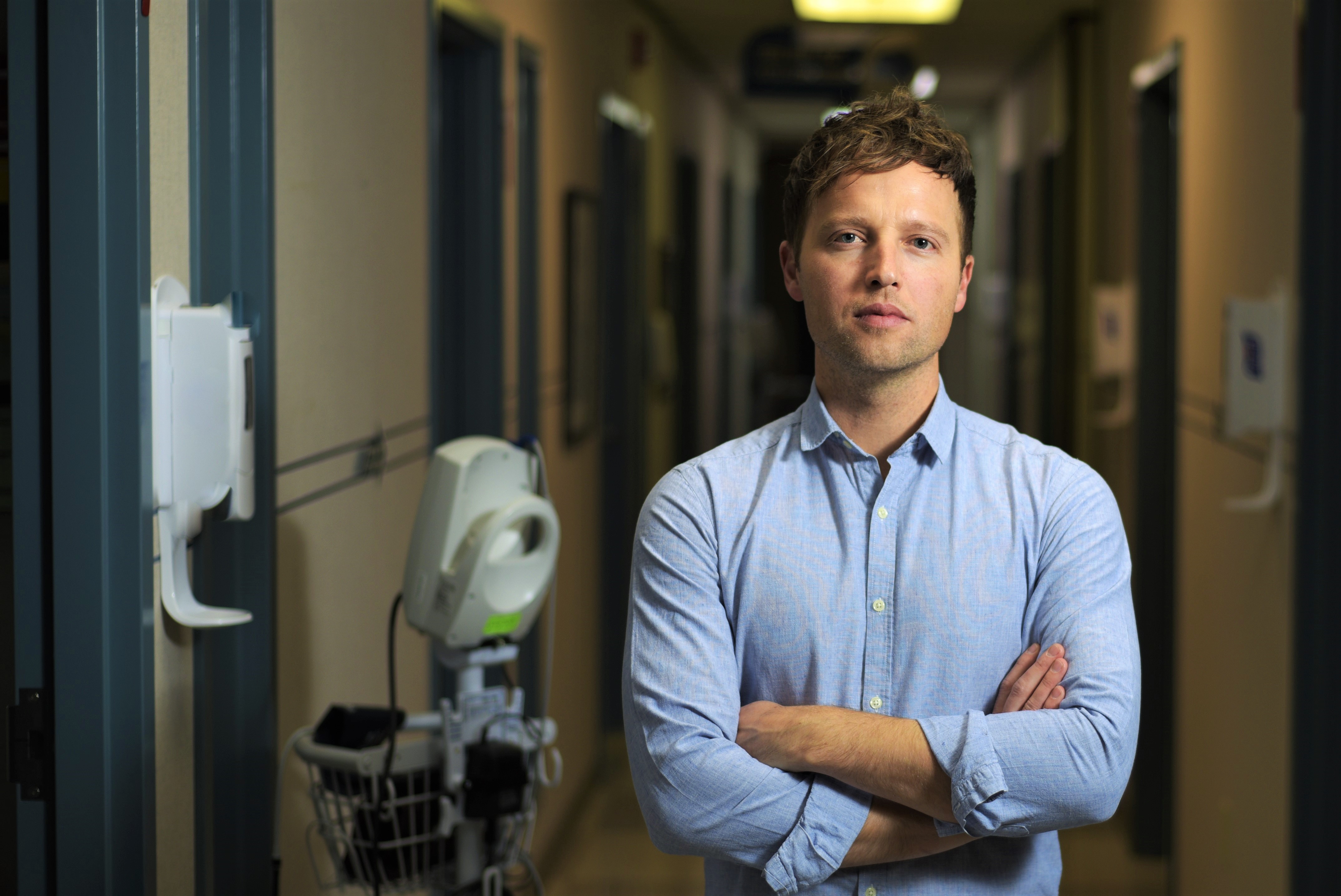 “Our job is not always to heal, it’s not always to cure disease and to fix illness. It’s often to be supportive and to provide comfort and to relieve suffering, and MAiD allows you to do that.”

Dr. Matt Kutcher didn’t always feel this way. At least, he didn’t express his views publicly. In May 2017, he became the first doctor on Prince Edward Island to provide medical assistance in dying (MAiD) — also a first for him. When the patient’s family went public with their story, Dr. Kutcher made a point of avoiding the media spotlight.

“The hardest part was the fact this was something I’d never done before. I was faced with being a relatively new doctor, in a new job, in a new province, breaking new ground in an area that is controversial — in a province known to be traditional in its values,” he says.

In spite of these pressures, Dr. Kutcher felt supporting his patient’s wishes was the right decision. Seventy-two-year-old Paul Couvrette was suffering from advanced-stage cancer, and he and his wife agreed there would be no prolonged treatment. Paul wanted to go out on his own terms when he was ready.

“I just try to normalize it as one of the many items in the palliative care basket that we have.”

After his death and at the urging of Couvrette’s family, Dr. Kutcher slowly began to share his experience with medical colleagues in Summerside, where he has a family practice. He talked to staff at Prince County Hospital and held teaching sessions for its family medicine residents.

Among the things he would tell them: that patients are entitled to MAiD under the law, that it can be a compassionate act for doctors, and that he believes it is part of a broader spectrum of end-of-life care.

“I just try to normalize it as one of the many items in the palliative care basket that we have,” he says.

Dr. Kutcher has found that as awareness grows so too has the number of islanders making MAiD requests. As a result, it has gradually become more difficult for him to meet patient needs in this area. For example, in the summer of 2018, he provided MAiD to an “unprecedented” three people in one week.

In an effort to meet this growing demand, Dr. Kutcher started mentoring other physicians. He helps them navigate the patient assessments, the legal issues and what he calls the “onerous paperwork.” With patient permission, he invites the doctors to observe his MAiD procedures and is willing to attend their sessions until they are comfortable on their own.

“It’s about helping other physicians who have thought about wanting to participate in MAiD develop the confidence and the skills so that they can do it independently,” says Dr. Kutcher.

The added resources will also help prevent him from burning out.

“It does take something out of you — it’s very emotional — and emotionally draining — so I don’t want to be depleted by doing it too much,” he says.

Dr. Kutcher says most of his MAiD cases have been positive experiences — with patients in control of the time and place of their death and surrounded by loved ones. He says one of his patients even chose to have his young grandchildren in the room.

And he is continually amazed at the outpouring of love and gratitude from family members. He was recently invited out on a fishing vessel to help scatter the ashes of one of his patients off the coast of PEI.

Dr. Kutcher is no longer afraid to talk about MAiD, to patients seeking palliative care, to doctors and residents who want to offer it, and to any other physicians who will listen.

“Our job is not always to heal; it’s not always to cure disease and to fix illness. It’s often to be support and to provide comfort and to help guide and to relieve suffering, and MAiD allows you to do that,” he says.