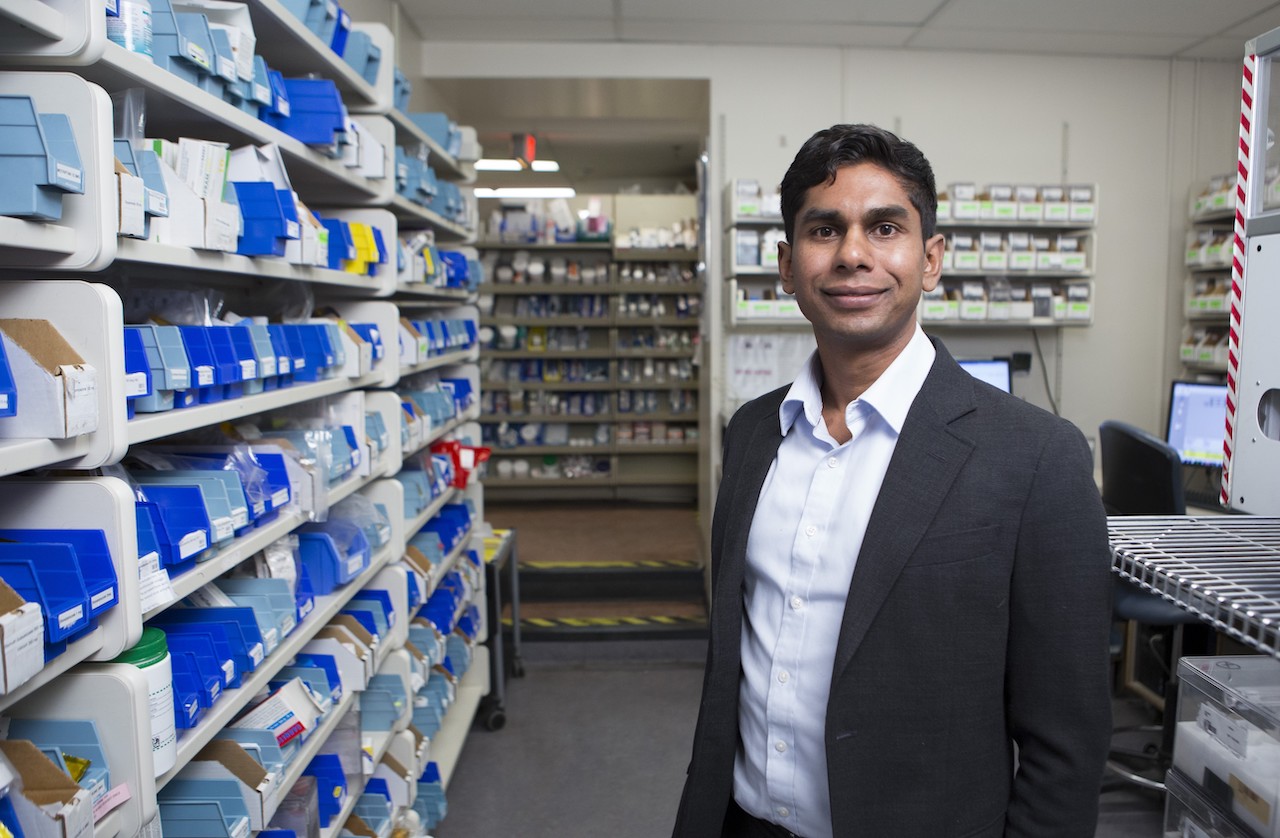 “There are millions of people across Canada who can’t afford medications.”

It’s a question Dr. Nav Persaud has asked himself too often.

“Why did I spend all those years training to become a doctor if at the end of it, when I give someone a diagnosis, they don’t fully benefit because they can’t afford the treatment?”

As a family doctor at St. Michael’s Hospital in Toronto, Dr. Persaud details a typical scenario he sees in his practice. A patient with poorly controlled diabetes or high blood pressure comes in and he prescribes them medication, but the patient doesn’t take it because they can’t afford it. At some point, the same patient returns with the same problem. In his early years of practice, Dr. Persaud believed there was nothing he could do to fix this cycle. But once some of these same patients started having heart attacks and strokes, he felt compelled to act.

“It’s unacceptable that people are being harmed unnecessarily, when there are relatively inexpensive treatments that could prevent it,” Dr. Persaud explains. “There are millions of people across Canada who can’t afford medications, so let’s do something that might inform public policy and improve the situation for everyone.”

So in 2016, Dr. Persaud launched the CLEAN Meds (Carefully seLected and Easily Accessible at No charge Medications) study, a randomized controlled trial testing the effects of providing patients access to more than 125 “essential medicines” for free. Almost 800 people are now taking part in the study through seven health centres: four in Toronto and three in the Manitoulin Island area. At the time they were enrolled, all the patients had reported being unable to afford a medication during the previous 12 months.

“The current system - a mishmash of private insurance, public insurance and no insurance - is a mess that leaves taxi drivers, factory workers, entrepreneurs, musicians and others in a position where often, they can’t afford to take medications, and have to make very difficult decisions.”

Half of the participants were randomly placed in the control group, without any additional support for filling their prescription. The other half were assigned to the intervention group and had a pharmacist in the study mail their medications — for free — directly to their homes. A patient with diabetes, for instance, would receive metformin and insulin at no charge.

“By comparing the two groups, we can determine the effects of free and convenient access to medications,” says Dr. Persaud. “Do people take the medications as instructed, are the medications more likely to be prescribed appropriately, and do people have better control of their conditions and diseases?”

The list of essential medicines created for the study is adapted from a similar list published by the World Health Organization and tailored to the Canadian market. It ranges from inexpensive medications such as acetaminophen and vitamin D to what Dr. Persaud calls “fantastically expensive” biologics such as dolutegravir, a new HIV treatment that costs roughly $10,000 a year. He says several drugs that are commonly prescribed were kept off the list because there was no evidence they are effective.

Results from the first 12 months of the CLEAN Meds study are expected to be published in early 2019, shortly before the Advisory Council on the Implementation of National Pharmacare issues its final report. The council, chaired by Dr. Eric Hoskins, is leading a national dialogue on how to implement affordable national pharmacare for Canadians and their families, employers and governments.

Dr. Persaud is taking full advantage of the timing and the opportunity to influence the federal committee. He has made a one-on-one presentation to the council about CLEAN Meds and plans to share the first set of study results. He has taken part in a roundtable hosted in Ottawa with various stakeholders, shared his list of essential medicines and made a written submission. His message to the council: create a system where all Canadians can access and afford essential medications.

“The current system — a mishmash of private insurance, public insurance and no insurance — is a mess that leaves taxi drivers, factory workers, entrepreneurs, musicians and others in a position where often they can’t afford to take medications and have to make very difficult decisions,” says Dr. Persaud.

This is true for many of the study’s participants. A team from University Health Network’s OpenLab has documented some of their experiences in a series of videos.

Allison is in the control group. She talks about life on Manitoulin Island, where food and hydro are incredibly expensive. She suffers from polycystic ovarian syndrome and has to take regular hormone therapy but can’t always afford it on her part-time salary.

“If I don’t have the money at the time I need my refills, my parents actually pay for them, which is extremely hard on them,” she explains in the video. “They’re both retired and on fixed incomes.”

David is in the group receiving free medication. He is a former business owner who went bankrupt during the 2008 recession and ended up living out of his car. In 2011, he was diagnosed with lymphoma, underwent chemotherapy and eventually recovered, but a complication with his maintenance treatment led to a heart attack. David says being enrolled in the CLEAN Meds study is improving his health.

“Stress is a huge killer,” he says in the video. “A program such as this, where that burden is alleviated from you, it does a lot more than help you stay afloat financially. It allows you to have peace of mind.”

Dr. Persaud hopes these personal stories and the clinical research from the study will influence the council’s recommendations for a national pharmacare system.

“Pharmacare seemed like a very simple issue,” he says. “But there hasn’t been much progress in terms of public policy over the last 40 years. So we are hoping to inform change.”