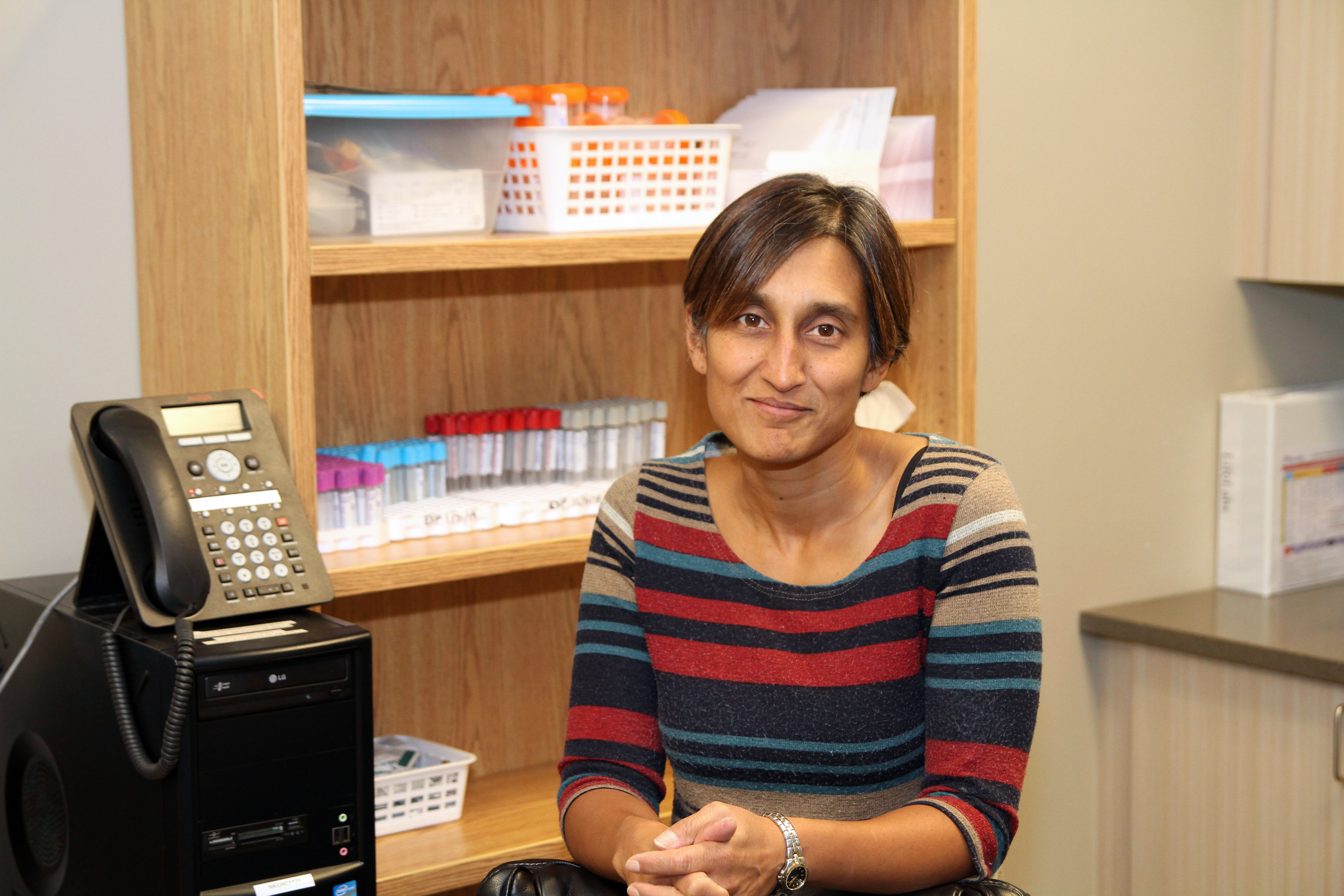 “I believe everybody should be offered a trial of tapering because they might actually feel much better, they just don’t know it yet.”

When Dr. Rupa Patel joined a practice in Kingston, Ontario, in 2010, she faced the biggest challenge of her career. Many of the patients who now came under her care — 30 to 40 people — were on high doses of opioids for chronic pain.

“I knew tapering was going to happen,” says Dr. Patel. “I couldn’t write prescriptions for 1,000 mg of morphine for back pain.”

Dr. Patel had had some experience tapering patients off opioids, which involves gradually reducing the dose of medication. She had worked in Northern Ontario and had treated patients on chronic opioids, many with traumatic backgrounds. She knew that for the tapering process to be a success, she would have to gain her patients’ trust.

So first, she worked on building a “therapeutic alliance” to get patients on board with this course of treatment, talking to them about their background and the stressors in their lives.

“They needed to know I cared about them,” she says, “and I wanted to understand how they got to this point — otherwise you’re just battling about opioids and drug doses and you’re not on the same team — you’re at odds.”

Dr. Patel discovered nearly every patient had stories of a traumatic childhood or a history of abuse. Their experiences, she believed, were related to their heightened feelings of pain and the desire for more medication to soothe it. Together, physician and patients explored that connection.

Dr. Patel also wanted the people she was looking after to understand why taking high doses of opioids can be ineffective for pain and even pose a risk to health.

As a result, some patients went home and flushed their narcotics down the toilet. They experienced brutal withdrawal symptoms, but within two weeks, they were done with opioids. For the rest of her patients, she introduced slow opioid tapering.

The “slow” is important, says Dr. Patel, to minimize withdrawal symptoms. The goal is to gradually decrease patients’ total daily dose of opioids by 10% every four weeks. They also receive ongoing support and monitoring. Her clinic now has a pharmacist who can check in with patients regularly, sometimes every two weeks, while Dr. Patel sees them every month to make a dose change and help them develop coping skills.

“It’s this consistent conversation of what are the other things you can do to manage your pain and your life stressors. It’s a two or three-year thing; this doesn’t happen in two months. You are in it for the long haul,” she says.

"He woke up out of a fog, he was in a fog for 10 years on these oxys. He can suddenly think again."

It was a long and difficult struggle. Despite Dr. Patel’s efforts to build a therapeutic alliance, she says many patients didn’t want their doses reduced for fear the pain would get worse. Some patients were very emotional and angry with her, including one patient on Percocet and OxyContin who had experienced a terrible childhood.

“I would get physically nauseous when he was on my list because I knew there was going to be this battle; he was going to yell at me,” she recalls.

At times, Dr. Patel felt beaten down and at the lowest point in her career — but she stuck with it. It took more than two years, but all her patients eventually tapered to a safer, lower dose or stopped taking opioids completely. A few went onto methadone. Only one patient left her care.

“It’s so worth it. Many of these patients are now stable and have regained their life and are functional again.“

Including that patient whose visits used to make her physically ill.

“Now he comes in and says he feels the best he’s ever felt; he is the happiest he has ever been. He sees that the opioids were not healthy for him, and he feels much better now being off those drugs.”

She shares the story of another patient who managed to go from taking 1,200 mg of Oxycontin to complete withdrawal. This occurred very slowly over two years, first with opioid rotation and then with gradual tapering.

“He has lost 50 lbs, he walks one to two hours a day and is now having healthy interactions with his kids,” says Dr. Patel. “He says he woke up out of a fog; he was in a fog for 10 years on these oxys. He suddenly can think again.”

The slow opioid tapering approach has been adopted by the other physicians at the clinic in addition to  a policy that the clinic would no longer prescribe medications containing oxycodone. Management and staff have also embraced the concept of trauma-informed care — exploring the links between childhood trauma and chronic pain — which has been key to the successes.

On the basis of her own experience, Dr. Patel advises other doctors to try the slow tapering approach. The time and effort — and even the battles — will be worth it.

“I believe everybody should be offered a trial of tapering, because they might actually feel so much better, they just don’t know it yet.”