Harnessing new technology to improve access to care during COVID-19 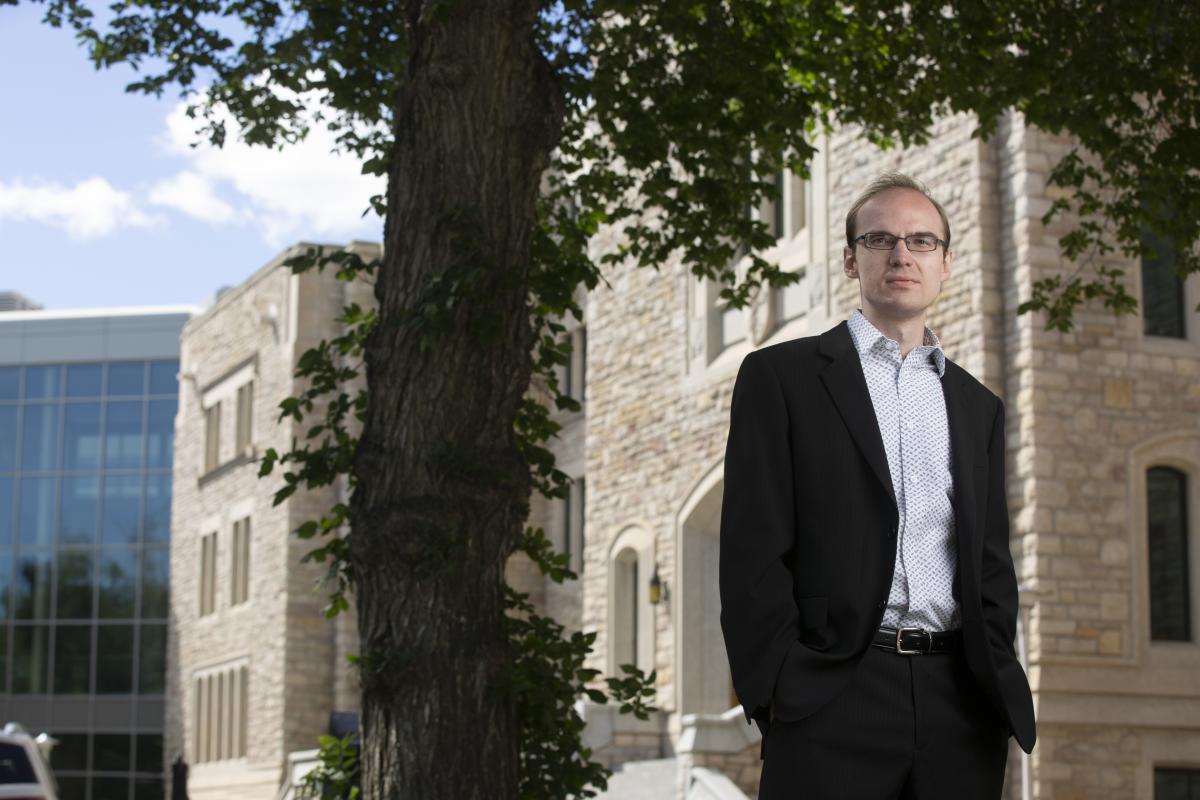 “We believe telerobotic ultrasound will improve access to diagnostic ultrasound imaging, increase patient safety and reduce health inequities during the pandemic and long after it ends.”

For people who live in La Loche, a remote community in northern Saskatchewan, travelling long distances for diagnostic imaging is common.

Access to ultrasound services in the community has been limited to one day a month, leaving people who need urgent services to travel more than 500 kilometres to Saskatoon or Prince Albert — which often means being separated for days from their family and home.

In April 2020, the village of 2300 reported its first case of the virus, and within one month, infections had skyrocketed, turning La Loche into an epicentre for the pandemic, with more cases than either of Saskatchewan’s two biggest cities.

“The previous arrangement of having a sonographer visit once per month or having a patient travel to the nearest urban centre were not ideal options due to the new risks and challenges of COVID-19,” says Dr. Scott Adams, a radiology resident physician at the University of Saskatchewan (USask).

As a physician keenly interested in improving patient care using medical imaging, Dr. Adams had been investigating telerobotic sonography technology as a potential solution to access issues since 2017.

In rural communities, patients in local exam rooms were connected to a telerobotic system, with a sonographer and a radiologist in Saskatoon.

The sonographer would manipulate a mock probe to control the robotic arm’s fine movements — rotating, rocking and tilting the probe, while adjusting the ultrasound settings to get the best image possible. The radiologist would supervise the exam and jump in when needed.

Designed in France, the system works with limited Internet bandwidth, which is often a barrier to telemedicine in northern and rural Canada.

Dr. Adams and his team at USask were the first in North America to test the technology, with the goal of rolling it out to some of the province’s most remote, underserved communities. Right off the bat, the results showed great promise.

In both of their clinical trials for abdominal and prenatal imaging, the group found the robotic system was a viable alternative for conventional diagnostic ultrasound services.

The COVID-19 outbreak in La Loche became a catalyst for launching the technology on a highly accelerated timeline.

“The Director of Northern Medical Services approached our team about La Loche’s urgent need for ultrasound services. It was an opportunity to use this technology to provide specialist radiology services in a community that truly needed it.”

The team worked quickly to develop a telerobotic ultrasound clinic to meet the community’s needs while minimizing the risk of COVID-19 exposure and transmission.

Today, the clinic in La Loche is equipped with a robotic arm and an ultrasound unit. It’s also connected to a picture archiving and communication system (PACS), which stores images and allows a radiologist to interpret them offsite.

A mock probe in Saskatoon allows the sonographer to manipulate the ultrasound probe in La Loche. A videoconferencing system that connects the two sites completes the set up, allowing patients and the sonographer to communicate directly throughout the exam. 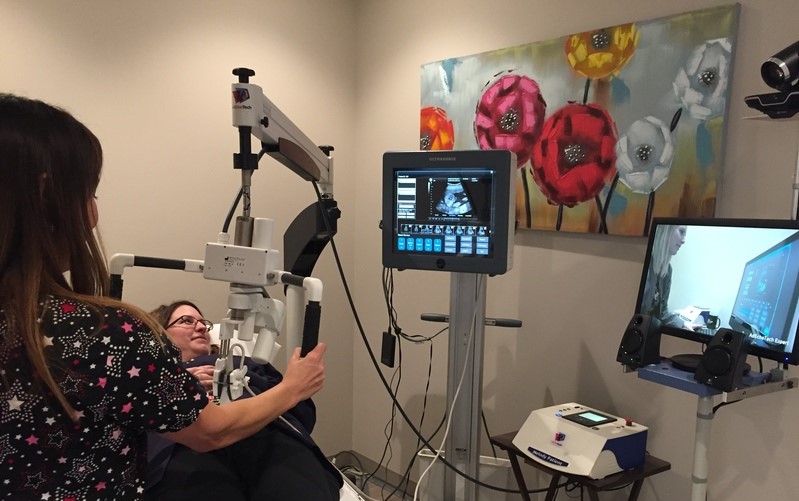 Because of the program’s early launch, Dr. Adams says they’re now working on the logistics to deliver this service on a routine clinical basis.

“We’re looking at best practices for scheduling, clinical indications and cost-effectiveness,” he shares. “And we just recently moved our sonographer from a community clinic to the university hospital, so we’re on the same IT network now.”

Having all sites on a single network has helped his team overcome some of the initial bandwidth challenges.

“For most of the exams, there is less than a one-second delay, which is barely perceptible to the sonographer,” says Dr. Adams, “but if the delay is two or three seconds, it can limit the exam.”

Overall, he says the feedback from patients has been overwhelmingly positive.

“Patients were happy about not having to travel for convenience, of course, but it also made them feel safer in the context of the pandemic.”

In addition to La Loche, Dr. Adams and his team have introduced the system in two more rural communities — Stony Rapids and Pelican Narrows — neither of which had regular, reliable access to diagnostic ultrasound services.

“We believe telerobotic ultrasound will improve access to diagnostic ultrasound imaging, increase patient safety and reduce health inequities during the pandemic and long after it ends.”