Daring to innovate to save a community hospital 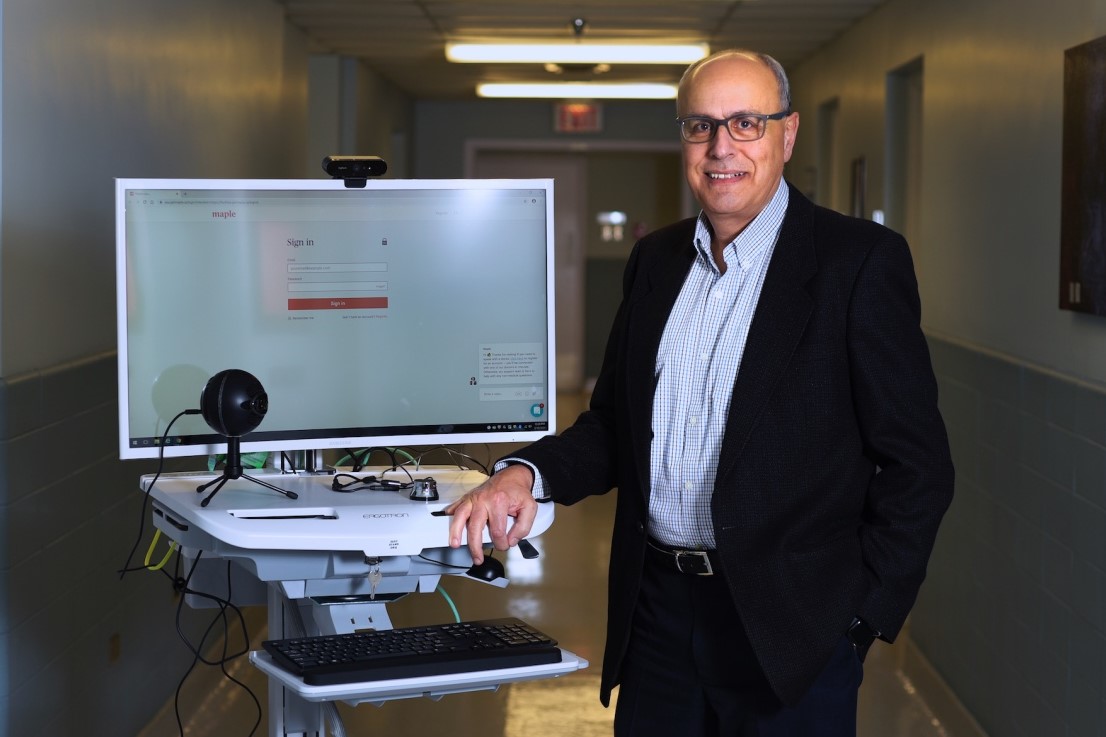 “Tele-rounding was met with a lot of caution. It was something new and something that one would look at and say ‘Is that for real and could it work here?’”

Several long-time physicians in the farming and fishing community had retired. Others were winding down their practices and had discontinued their hospital privileges. What had been a full complement of 10 doctors doing rounds in 2014 had dwindled to two.

Health PEI, the provincial health authority, had forecast the shortage years earlier, and while Dr. Salamoun was trying to fill the gap by incentivizing locums, that arrangement was not sustainable.

“We were running out of staffing options and we were facing a hospital closure for not being able to provide 24-hour care to patients.”  — Dr. Wassim Salamoun, medical director, PEI-West, Health PEI

The provincial government gave the hospital an ultimatum:  come up with a stable plan for in-patient care by Aug. 6, 2018, or close your doors for good.

Paul Young, the administrator for Western Hospital, and Dr. Salamoun worked to find a solution.

First, Mr. Young looked to other Canadian hospitals, but he found that many were coping with even more severe doctor shortages than Alberton. So he expanded his search, contacting more than 100 hospitals and health systems throughout the United States and the United Kingdom. Technology-based solutions, like virtual care, emerged as an option.

Convinced virtual care might be the solution to keep his hospital open, Mr. Young approached a large US provider of hospital telemedicine services, only to learn they couldn’t do business in Canada because of privacy regulations and complex licensing issues.

“It was the only time I’ve cried at work, because I could not see an answer to our problem — our fate was sealed.” — Paul Young, administrator, Western Hospital

Then he was struck by what he calls “a crazy idea.” A new digital health company had just launched fee-for-service telemedicine on PEI.  Since the company was already regulated to work in the province, Mr. Young wondered whether it could create an in-patient version of the technology for the public health system.

Mr. Young and Dr. Salamoun met with Dr. Brett Belchetz, the co-founder and CEO of Maple, and together they presented the idea to senior leaders at Health PEI.

“We told them, what if we completed our rounds virtually, without any physician coverage on the floor,” recalls Mr. Young. “The rounds would be completely facilitated by a group of physicians scattered right across the country.” 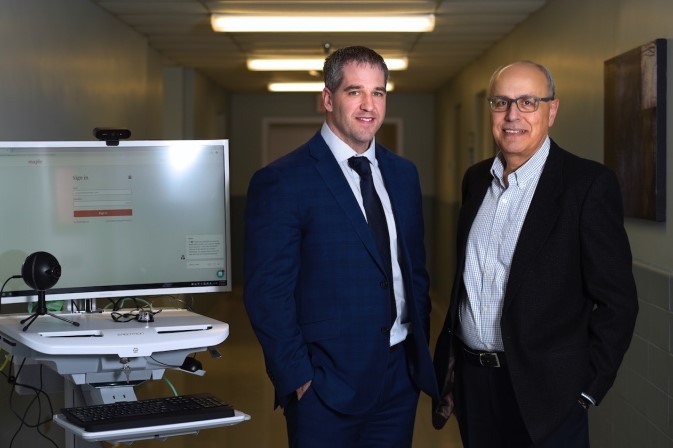 Hospital leadership supported the plan and the team finally had a glimmer of hope. But with only six months to deadline, they faced some major hurdles, like convincing the provincial government that tele-rounding could work.

“It was met with a lot of caution,” recalls Dr. Salamoun. “We had to provide a lot of data and proof that virtual care was feasible.”

“They told us ‘we will sign off on this if you can guarantee it works,’” adds Mr. Young. “We said, ‘We can guarantee the hospital will close if we don’t try.’”

Since the project involved using out-of-province doctors who would be billing within the province, Dr. Salamoun also needed the blessing of the Medical Society of PEI.

Then there was the issue of privacy and ensuring patient data security.

With less than 90 days to closing, the team got the legislative go-ahead for a six-month pilot project.

Maple got to work, designing, building and executing the tele-rounding platform. The hospital had to redesign its workflow and train staff to use the technology.

On Aug. 7, 2018, the first day without any on-site physicians scheduled, the project went live. After a few short weeks, the two remaining physicians doing rounds, following their own patients at the hospital, were able to take a weekend off — for the first time in 1½ years.

With logistics sorted out, the next big question to answer was how patients would perceive the technology, especially given that Alberton has an elderly population.

Some, says Paul Young, were excited.

“On the second day, we were rounding on a sweet lady and she refused at first. She said, ‘If I’m seeing the TV doctor, if I’m going to be on TV, I want to put my makeup on.’”

Other patients were initially unsure how they would communicate with someone on a screen.

“It’s something new; it’s not easy for everyone to adapt,” says Dr. Salamoun, “but the safe provision of care was achieved and we avoided closing the hospital.”

Over the six-month period, the tele-rounding team consulted with 72% of the 166 patients discharged from the hospital.  A survey indicated that 91% of patients were satisfied with the quality of care they received via tele-rounding and 75% said the experience was equal to or better than seeing a doctor in person.

For now, Western Hospital has extended its contract for tele-rounding until it has recruited more physicians. Dr. Salamoun hopes to have five doctors in place by the end of summer and is relieved to know there is a backup plan.

“The infrastructure is there; the virtual system has been tried and it works,” he says. “We know in the back of our minds that we won’t face closure if one or two physicians aren’t available.”