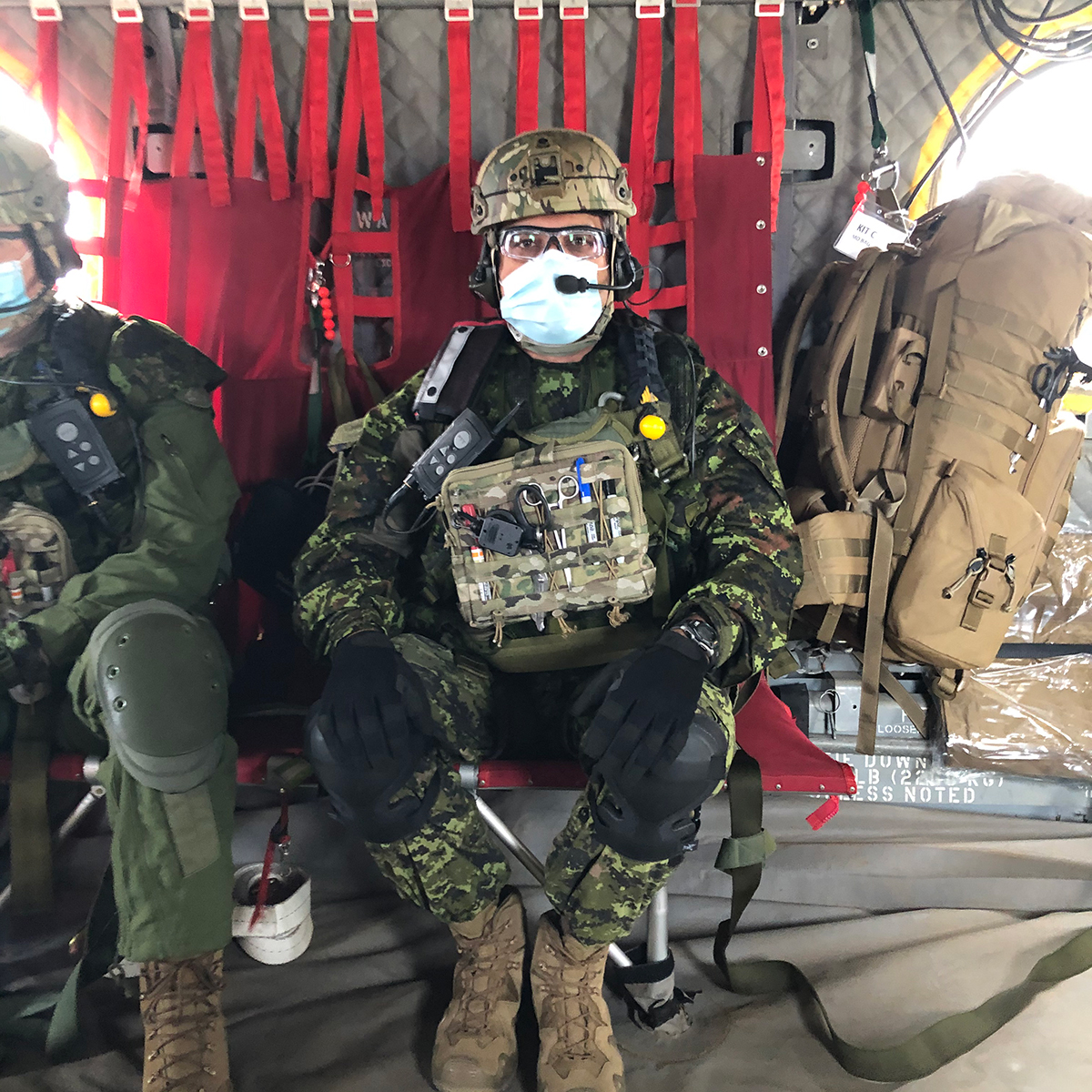 He has served as a medical director in multiple war zones, such as Bosnia, Kuwait and Iraq, but it was a disaster right at home, off the coast of Nova Scotia, that shaped Major Trevor Jain’s military and medical career.

In 1998, he was a medical student and army reservist when Swissair Flight 111 crashed close to Peggy’s Cove. Dr. Jain was called upon to help with the recovery of the plane and its 229 passengers.

As the Pathology Operations officer, he was tasked with setting up and running a temporary morgue. For the next two months, he and his team sorted through remains from the crash in an attempt to identify the victims. In an effort to protect his team’s welfare, Dr. Jain performed the autopsies on children himself.

“This selflessness endeared Trevor to his team and demonstrated the poise and professionalism that would be hallmarks for the rest of his military and civilian career.” – Lieutenant-Colonel Richard Height

In 1999, Dr. Jain was awarded the Meritorious Service Medal from the governor general for his role.

A lifelong interest in disaster medicine

After graduating from medical school at Dalhousie University, Dr. Jain completed three additional years of emergency medical training and has worked as an emergency physician at the Queen Elizabeth Hospital in Charlottetown since 2008.

Passionate about sharing his expertise, Dr. Jain has taught hundreds of medical students and emergency medicine residents about disaster and crisis response. In 2009, he was asked to be the medical director for the paramedicine program at Holland College in Charlottetown, with a vision of establishing a degree program for the Atlantic region. In partnership with the University of Prince Edward Island, Dr. Jain oversaw the creation of the first BSc in paramedicine program in Canada. Today, he is the director of the program.

A lifelong learner, he completed his MSc in disaster medicine from the University of Brussels in 2014 and will graduate with his PhD in the fall of 2021. His academic research focuses on the use of unmanned aerial vehicles or drones at mass casualty incidents and has gained national and international acclaim.

Putting service before self

For the past 34 years, Dr. Jain has remained committed to the Canadian Armed Forces (CAF). He is the senior medical authority for 33 Halifax Field Ambulance and brigade surgeon for 36 Canadian Brigade Group with responsibilities for four Maritime provinces.

In this role, he organizes annual training exercises on prehospital care and casualty care under fire, and he recently received a military commendation for educating and training CAF medics deployed in the Middle East.

In 2018, Dr. Jain was appointed to the rank of Officer of the Order of Military Merit for outstanding meritorious service in duties of great responsibility.

Major Trevor Jain, MD, is receiving the John McCrae Memorial Medal in recognition of his exemplary service as a clinical health service member of the Canadian Armed Forces.