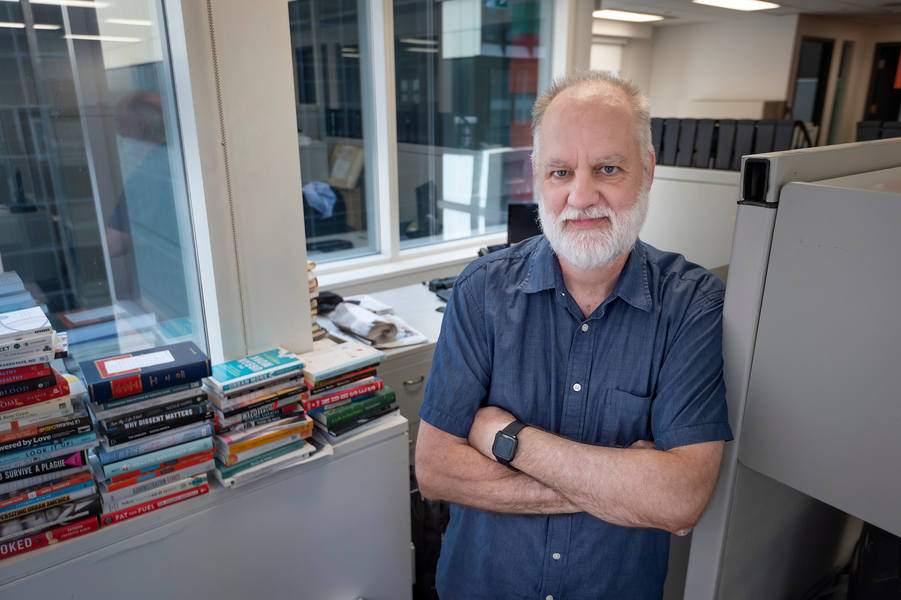 For many Canadians, the name "André Picard" signifies a trusted perspective on health care.

Writing for The Globe and Mail since 1987, Picard is more than just Canada's top health journalist. Through his articles, columns and books, he has raised awareness of pressing health issues, shared important medical research findings and educated the public on how health care is funded and delivered. His voice helps shape the national discussion on the timely, sensitive and even controversial issues that affect our health.

For Picard, it is important for Canadians to look at health issues not just from a personal medical perspective but through a societal and political lens.

"Health is a societal issue," Picard says. "Because politics are so intermingled with crises like AIDS and now COVID-19, there are a lot of societal implications. And somewhere between medicine and politics is a niche that most people don't understand, which is policy. While many people think policy is boring, I like to think I can make it real and bring it to life for my readers."

Picard sees himself not only as a journalist but also as a translator, bringing the political and medical together in way that's relatable and relevant to Canadians. It's a role that started with his coverage of the AIDS pandemic in the 1980s.

His work exposing the tainted blood scandal was particularly impactful, helping spur a public inquiry and dramatic changes in how drugs are regulated, resulting in billions of dollars in compensation for victims. Just as importantly, he was able to document the impact the HIV- and HCV-tainted blood transfusions had on real people, and he believes that helped them gain some sense of justice.

"When an issue I've written about gets picked up and brings about policy change, even if it's a small change, that's a victory," he says. "I do think of myself as an advocate, but an advocate for better health policy, not for any one group or individual. I try to present things in a fair manner and ultimately come down on the side of what's right."

Canada's doctors are leading the way

Picard's recent work has focused increasingly on the social determinants of health: how a decent income, housing, education and sense of connection are just as important to our health as medicine. It's an approach more doctors across the country, as well as health organizations like the Canadian Medical Association, are embracing.

"There's been a huge shift in the discussion," he notes. "We can no longer wait for people to get sick and then provide care. The smarter way to spend our health dollars is by keeping people healthy in the first place."

André Picard is receiving the Owen Adams Award of Honour — the highest CMA award available to a non-physician — in recognition of his contributions to advancing medical and health education among the Canadian public.