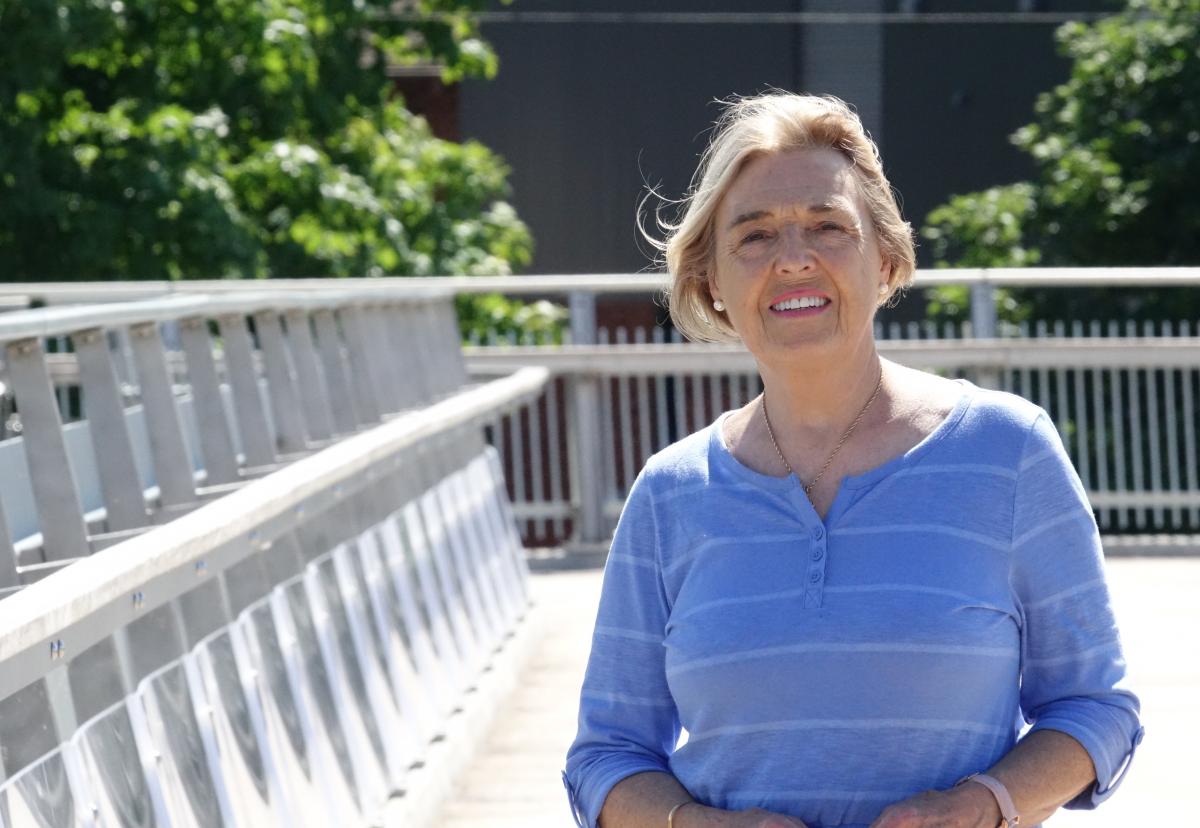 For many physician leaders in Canada, the Canadian Federation of Medical Students (CFMS) is the organization that first introduced them to advocacy, and for the past two decades, general manager Rosemary Conliffe has been at its centre.

“Rosemary has been influential in helping transform medical students into confident, effective advocates and leaders. Canada’s health system owes her great gratitude for helping spark the careers and achievements of many health leaders.” – Henry Li, CFMS past president

A strategic leader in medical and health education

She was a key support in the creation of the CFMS’ first Lobby Day, an event that evolved into a National Day of Action. As coordinator for the annual event, she has helped bring Canadian medical students to Ottawa for formal advocacy training, which they go on to use in meetings with members of Parliament. More than 60 medical students now take part in the event each year.

In May 2018, she helped CFMS launch its National Wellness Program, a new initiative to support and promote student wellness within Canadian medical programs.

Through her coaching, Ms. Conliffe helped the CFMS leadership team create a more effective, inclusive program focused on long-term sustainable change. She also played a central role in coordinating efforts between university offices, learner organizations and other stakeholders in developing a collaborative and comprehensive approach to student wellness.

A mentor to countless medical students

Perhaps the greatest measure of Ms. Conliffe’s impact at the CFMS is the praise from past and current members. Forty of them signed a letter supporting her nomination for the CMA’s Owen Adams Award of Honour, explaining how her contributions in the field of medical education and governance improved their learning experiences, health and well-being. True to her nature as a mother and grandmother, she is also described as providing unconditional support to the many medical students she has worked with over the years.

“Rosemary is gentle and measured, yet powerful and intentional,” write the members. “She stood behind us as we grew into ourselves as leaders, providing assistance and feedback to propel us forward.”

Ms. Rosemary Conliffe is receiving the Owen Adams Award of Honour — the highest CMA award available to a non-physician — in recognition of her contributions to advancing medical and health education among the Canadian public.