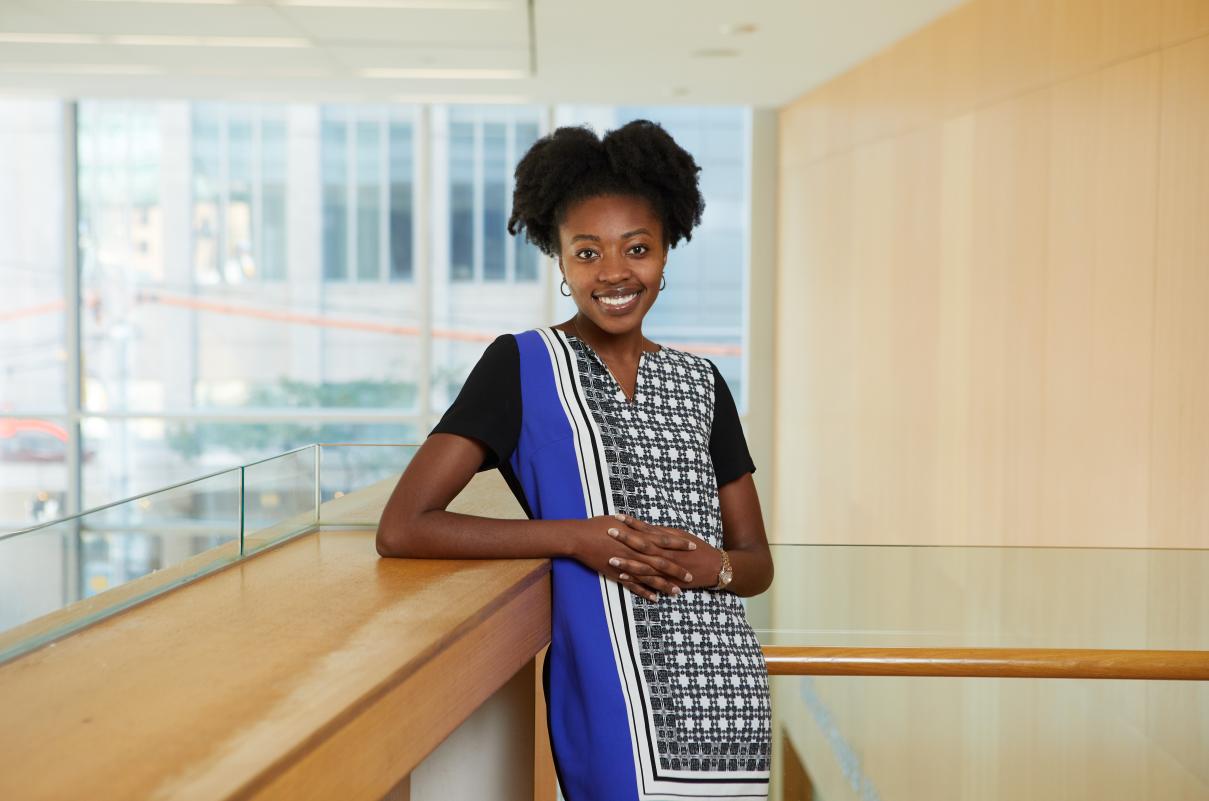 As the only black student in her class at the University of Toronto’s medical school, she struggled with imposter syndrome and anxiety. Here’s how she found her voice.

An overview of the STRIVE resilience training program and how it helps prepares physicians for the unexpected.

Maintaining wellness during a pandemic

Due to the pandemic, many physicians are experiencing factors that can lead to stress. This resource guides physicians on how to maintain their wellness during a pandemic.

This article by the Canadian Society of Physician Leaders highlights the importance of compassion and self-compassion and its impact on resilience and patient care.

This video discussion led by international expert Dr. Albert Wu focuses on addressing negative outcomes and their effects on physicians.

My first name's Chika — I often go by Chika Stacy — and then Oriuwa is my last name. I'm currently a third-year medical student. I’m actually just finishing my third year and starting my fourth year within the week so I guess fourth year might be a more appropriate title, and I’m at the University of Toronto and I’m also concurrently completing my master’s degree in systems leadership and information.

Taking it back to my first year of medical school and coming in with the anticipation as all medical students do, I guess the extra layer of anticipation that I had was to look forward to being in a diverse student body in which I would be able to find individuals with whom I could have a shared culture, shared identity, particularly because being the only Black student in my undergraduate cohort at McMaster I was really looking forward to not having that experience repeated.

About a week before orientation week the Black medical students’ association at the University of Toronto held kind of an introductory dinner for all of the incoming Black medical students and I realized I was the only one who was there from my class. … We all were just kind of thinking “ok, this might just be that other people might not be present” but it was confirmed at my stethoscope ceremony — looking around, I realized that no one else was of the Black ethnicity and so that was incredibly jarring for me and then also on the first day of orientation being asked by someone “did they somehow make it easier for you to get into the medical school because there’s no one else that's here, did they somehow lower the criteria or give you some kind of special accommodation to allow you to enter into the medical school?”

I was completely taken aback by that because I had received no special treatment, and that kind of planted the seed in my head that I don't naturally belong in this space and if one person is thinking that and even was brazen enough to come to me and ask that of me, then I wonder what everyone else is thinking. And so, I really, really struggled with that in my first year of medical school. It led me to really struggle with my mental health as well because of the feeling of alienation and the feeling that I needed to stand almost as the representative of my race in that space, and so I felt that for the standard to which I held myself … there was no room for error, and that once again drove my perfectionistic tendencies. I also struggled with what I think could definitely be classified as depression and then had to go and get mental health support through not only seeing a physician but also seeing a therapist. I was really trying to unpack everything that I had experienced and was really … at a dark spot, I would say. I was just feeling so tense and on edge and terrified. I wasn’t able to sleep or eat and just at all times felt so anxious and had such a low mood. I really felt hopeless in certain ways that I had to go through another four years of experiencing these microaggressions without having anyone to turn to and feeling inherently different. I wanted to share my experiences and ... to do certain things but I was afraid that drawing a light on my experiences would make everything worse.

There was no sense of hope that I had; there was no sense of being able to be comfortable in my skin. I felt really that I had to hide my Blackness in a lot of ways. It took me a long time to get to the point where I no longer felt uncomfortable with being Black and being in my skin and being in medicine, and I also want to say that I owe a large part of my strength throughout this journey to the mentors that I had in medicine, predominantly female physicians who have really taken me under their wing, who were the support system for me; I have to give credit to those people. They always made sure that I could reach out and talk to them and unpack the experiences because they know exactly what it feels like because they are Black female physicians. So, I would tell them an experience and they would say “Yeah, I had that experience too, 10, 15 years ago or I had it last week.” Just having that sense of solidarity made all the difference.

I guess my relationship with them encouraged me to become a mentor in many ways, whether formally or informally through my advocacy role and through my public speaking and through my keynotes and through the writings that I publish.

I would say that I feel a lot more empowered going into my fourth year. There's a certain element of strength that I feel I did not necessarily have in my first year, but I feel that that strength came through being an advocate and empowering other people. I'm very proud of my identity, and I’m proud to be a Black woman in medicine, but my fears in certain ways still persist. They don’t necessarily stop me from doing the work that I feel is incumbent upon me, but the fears are there. They just are a little bit quieter.