Putting health back on the agenda: CMA preps for federal election 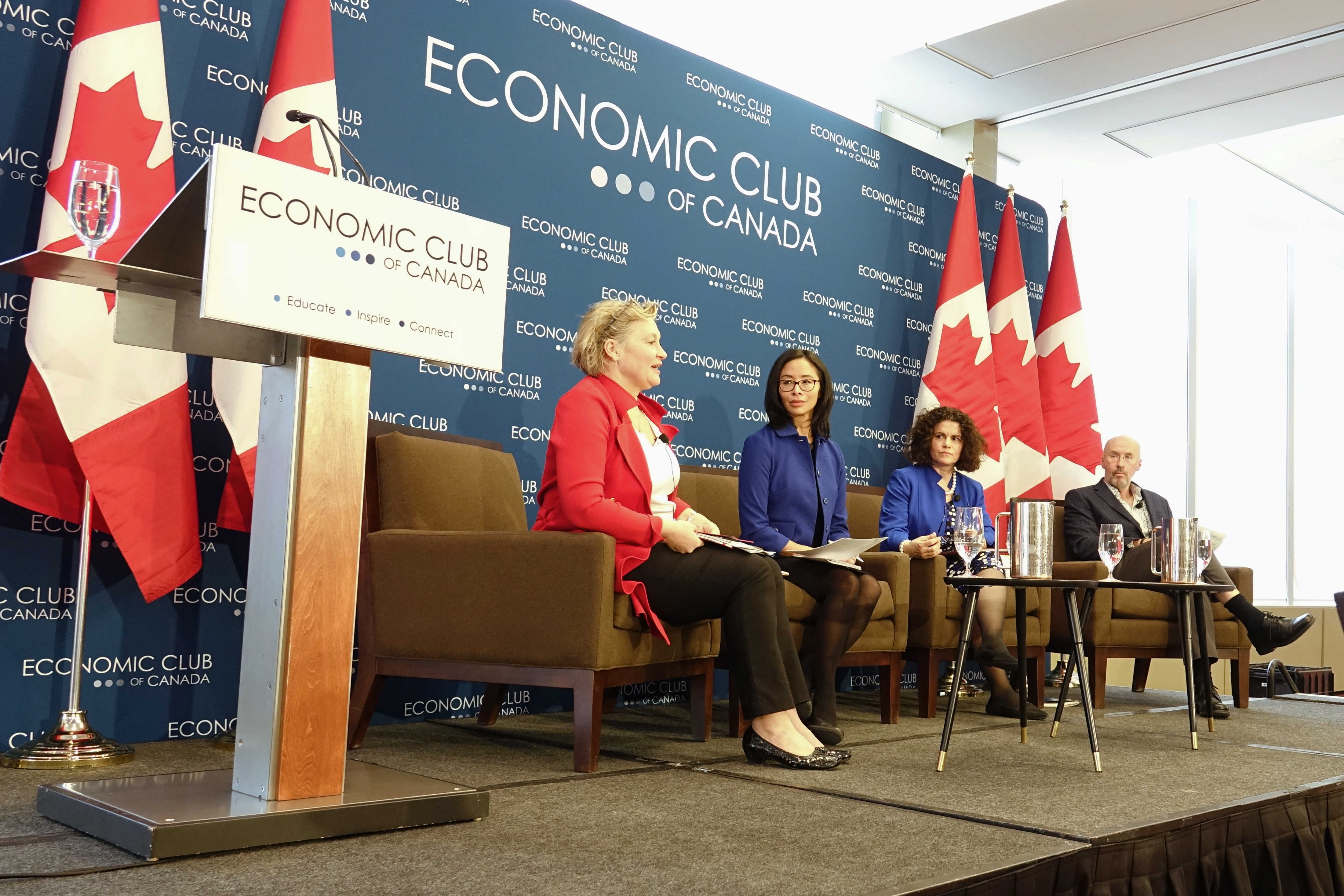 “If the goal of the Canada Health Act is to protect the physical and mental well-being of Canadians and ensure reasonable access to health services, are we really hitting the mark?”

With that question, Canadian Medical Association (CMA) President Dr. Gigi Osler kicked off a panel discussion last week at the Economic Club in Ottawa, signaling the start of the CMA’s push to get health back on the agenda in the upcoming federal election.

Featuring former parliamentary budget officer Kevin Page, now head of the Institute of Fiscal Studies & Democracy at the University of Ottawa, as well as Colleen M. Flood, chair in Health Law & Policy at the University of Ottawa, and Antonia Maioni, dean of the Faculty of Arts and a professor at McGill University, the panel raised important questions about whether the original goals of the Act were still being met.

Colleen Flood highlighted that although the Act was founded in 1984 on five basic criteria − comprehensiveness, accessibility, portability, public administration and universality − it’s up to the federal government to enforce these criteria at the provincial and territorial level.

One could argue that long wait times are a failure to meet the criteria of accessibility, but the federal government has never withheld dollars from provinces for failing to meet wait times. - Colleen M. Flood, panelist at Economic Club event

Flood went onto argue the Act should be modernized, partly because its basic criteria are not being met.  Antonia Maioni made a more cautious argument, pointing out the competing federal and jurisdictional issues that could be raised by re-opening the Act.

“The Canada Health Act, for better or for worse, has embodied the federal role in health care, so do we want to open up that discussion? Are we ready to open that Pandora’s box?” asked Maioni, arguing  many of the challenges facing the health system could be addressed without re-opening the Act.

While the CMA does not hold an official position on re-opening the Act, Dr. Osler told the crowd of physicians and policy-makers that holding this panel, in the national’s capital, was a first step in the CMA’s plan to lead a national discussion on health.

We feel it’s time to have an open, serious and frank discussion about the challenges facing the health system. - CMA President Dr. Gigi Osler, moderator at Economic Club event

Recent polling by Ipsos Reid shows that 60% of Canadians say they would vote for the federal party with the best health plan. But what should this plan look like?

The CMA has spent the past year listening − through its Health Summit, regional member forums, physician focus groups and national public polling − to gain insight into the health issues that matter to our members and their patients. This research is helping the CMA narrow in on the key health issues to highlight during the 2019 election. In the coming months, the CMA will be sharing this strategy and more ways to mobilize physicians and the public to make health a ballot box issue for all federal parties this fall.