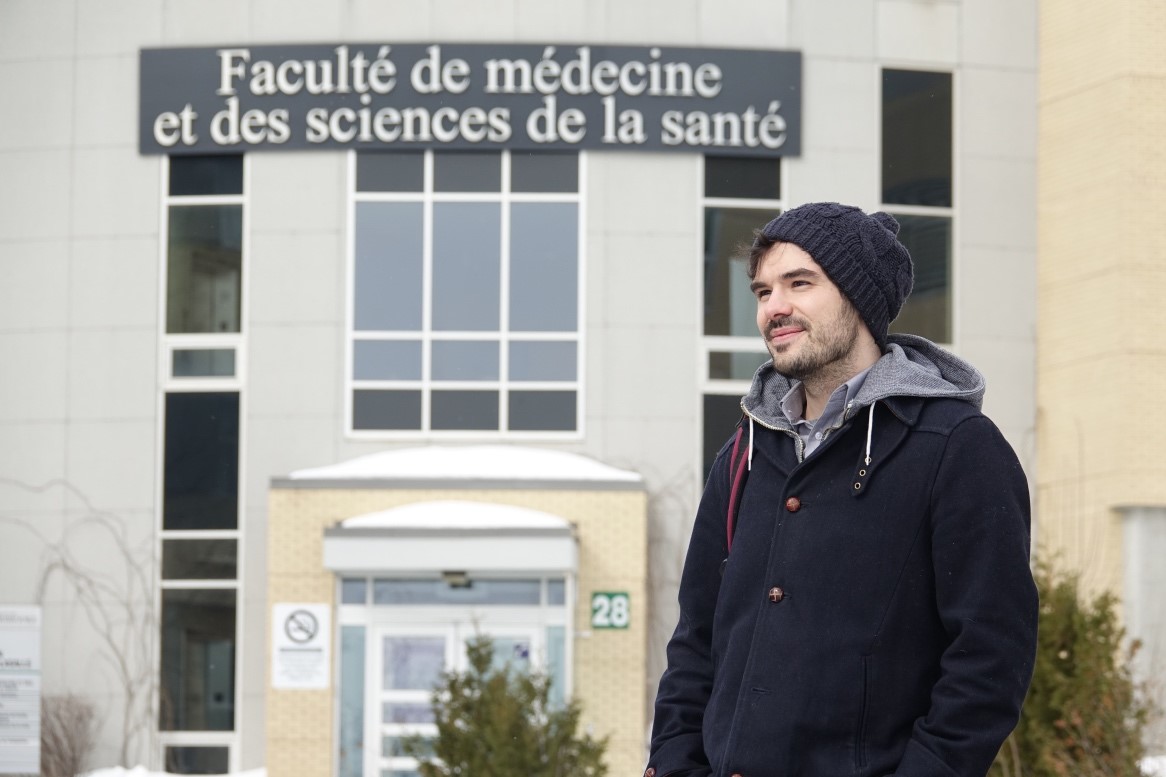 Doctors have the great privilege of having the public’s trust. This trust allows them to influence policy-makers and corporate leaders to work collectively for the common good.

Can empathy change the world? For medical student Charles-Antoine Barbeau-Meunier, the answer is yes.

In the context of his master’s thesis in sociology, Charles-Antoine first made the connection between emotions and social action. As someone who believes in the common good, he saw medicine as a way to pursue both.

Doctors have the great privilege of having the public’s trust. This trust allows them to influence policy-makers and corporate leaders to work collectively for the common good.

For Charles-Antoine, that common good has been global health.

In 2018, he served as the Government of Canada’s youth delegate for the World Health Assembly, where he focused on health, the environment and climate change. Earlier, he spent four years on the Canadian Commission for UNESCO Youth Advisory Group, providing input on global citizenship and education towards ecological consciousness. His work has led to talks and workshops to educate the medical community and general population about the links between a warming planet and public health.

Charles-Antoine also works at a more grassroots level, running workshops for fellow medical students at the Université de Sherbrooke (UdeS) who are heading to clinical exchanges abroad. He recently launched an awareness campaign aimed at high school students to encourage more mindful use of smart phones. He and his team are developing a mobile application and workshops to promote the emerging concept of “digital well-being.”

Charles-Antoine’s leadership in medical school and in his community has won him many awards, including Quebec’s Lieutenant Governor’s Youth Medal and the Canadian Medical Hall of Fame award, both in 2017.

In addition to his medical studies, he is pursuing a PhD in biomedical imaging at UdeS. His research focuses on neuroimaging and multiple sclerosis.

His career may have branched out but Charles-Antoine remains committed to his early work on empathy. For several years, he has been giving emotional intelligence workshops and presentations on the erosion of empathy to medical students, residents and health care teams.

He says while physicians are generally caring by nature, he is concerned the competitive culture and institutional pressures of medicine lead to “empathy erosion.”

We can teach empathy as much as we want, but if the conditions do not allow us to put it into practice, it will not be sufficient.

Charles-Antoine Barbeau-Meunier is receiving the CMA Award for Young Leaders (Student) for demonstrating exemplary dedication, commitment and leadership in one of the following areas: political, clinical, educational, or research and community service.