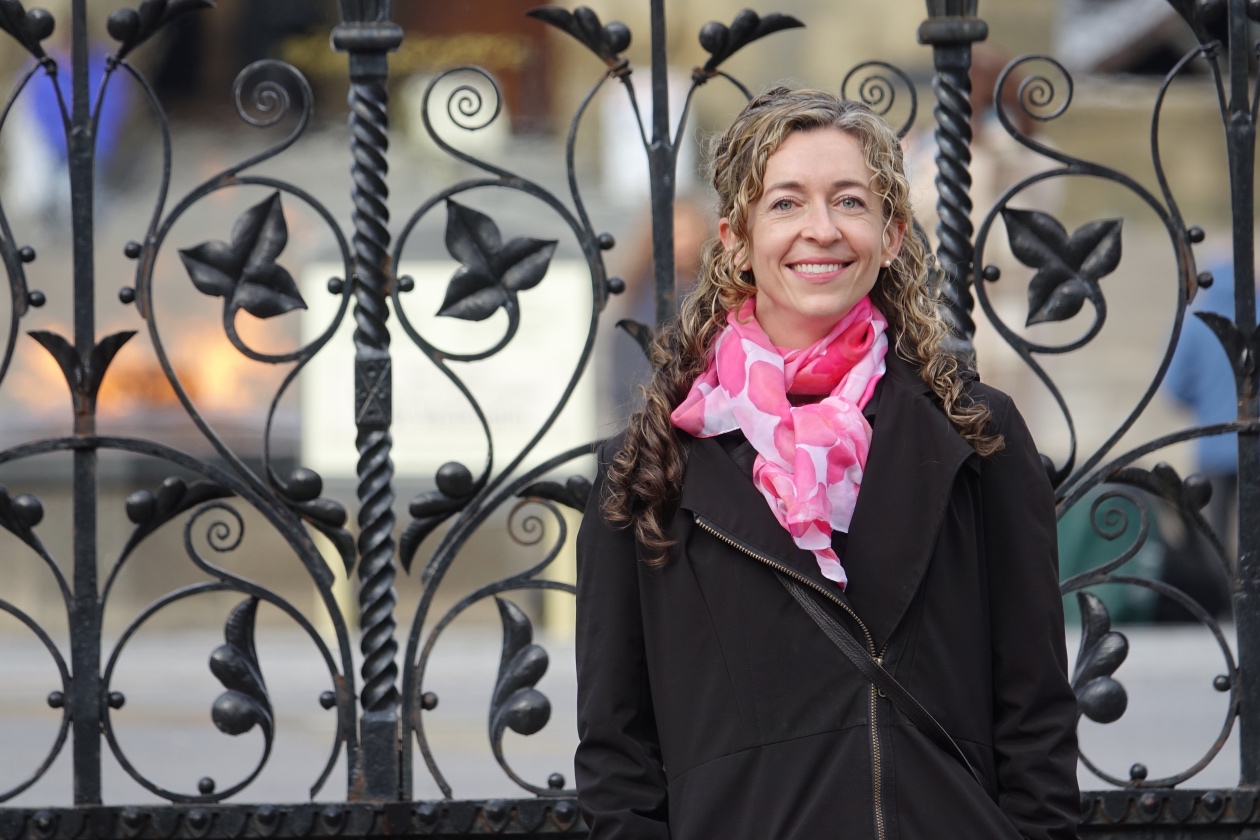 “Climate change is a public health issue, and we need to start treating it as such, just the same way we treat tobacco.”

“One day, there was a diarrhea outbreak and we had our third child dead on arrival that week,” she recalls.

Dr. Howard knew that half of all pediatric deaths worldwide are associated with undernutrition and that it was projected to be the most severe health impact of climate change this century.

“I had a wave of rage that this happens to children at all and said to myself when I get back to Canada, I will do everything I can to prevent further deaths — and it turns out that means working on climate change.”

Back home, as an emergency physician in Yellowknife, Northwest Territories, Dr. Howard was also seeing the impact of climate change on the health of members of her own community.  Many live in the Mackenzie Delta, which according to government statistics is now three degrees Celsius warmer, on average, than in the 1950s. Less stable ice conditions have increased the risk of travelling to hunt moose and caribou, affecting people’s food security and mental health.

“It has consequences in how people feel about their relationship to the land and their ability to sustain their culture in the decades to come,” explains Dr. Howard.

Even her own children were being affected by climate change: the repeated wildfire seasons in both Yellowknife and British Columbia were causing them anxiety and nightmares.

“This has become a feature of their young lives,” she admits.

As part of her pledge to take action, Dr. Howard joined the Canadian Association of Physicians for the Environment (CAPE). As a board member, she helped coordinate physician-led advocacy on climate and health and was involved in work on active transportation, plant-rich diets, carbon pricing, coal phase-out and the health impacts of fracking. In 2017, she became the first female president of the organization.

She also represents CAPE on the board of the Global Climate and Health Alliance, a worldwide network of nongovernmental organizations, health organizations and health professionals working to minimize the health impacts of climate change.

Her involvement led to an opportunity to be the lead author of a report in 2017, 2018 and 2019 for The Lancet Countdown, an international research collaboration tracking the world’s response to climate change. A briefing for Canadian policymakers, the report focuses on the links in Canada between climate change and health, and the implications for all levels of government.

In the 2018 policy brief, produced in association with the Canadian Public Health Association and the Canadian Medical Association, Dr. Howard highlighted health risks in the Arctic, dozens of heat-related deaths in Quebec, cardiorespiratory illnesses from wildfires in British Columbia and Alberta, and post-traumatic stress disorder from flooding in New Brunswick.

Dr. Howard took that message directly to Parliament, where she and CMA President Gigi Osler met with staff from the Prime Minister’s Office. Dr. Howard highlighted the report’s evidence-based recommendations, including phasing out coal-powered electricity by 2030, enacting a strong carbon pricing program and increasing funding to study the mental health impacts of climate change.

The report garnered a lot of media attention – more than two dozen interviews – with Dr. Howard sharing stories of how patients’ health is being impacted by a changing climate. She and other CMA representatives subsequently met with staff from both Health Canada and Environment and Climate Change Canada. Today, Dr. Howard still receives at least two media requests per week on various climate-related topics, and speaks frequently on the topic, both in Canada and internationally.

“Framing climate change in health is shown to be the most effective way to motivate people to take action because it impacts them,” she says.

Dr. Howard feels strongly that as trusted communicators and health experts, physicians should be at the forefront of the movement to curb climate change. And more physicians are getting involved. Dr. Howard says she’s seen interest and engagement start to grow. At CAPE, volunteer-run, physician-led chapters have popped up in five provinces. National health organizations like the CMA, the Canadian Nurses Association and the College of Family Physicians of Canada are actively calling on federal parties to treat climate change as a health issue.

The next step, says Dr. Howard, will be to organize and educate those new recruits. In addition to her work as an emergency physician, she’s taking on a new role as a climate coordinator for a project in Australia called Coda. It is developing a list of high-impact actions doctors around the world can take on topics like energy, transport, food and the greening of health care.

“The troops are definitely arriving, and we’re doing our best to quickly build the structures for productive engagement.”