Bringing compassion to medicine and to the CMA 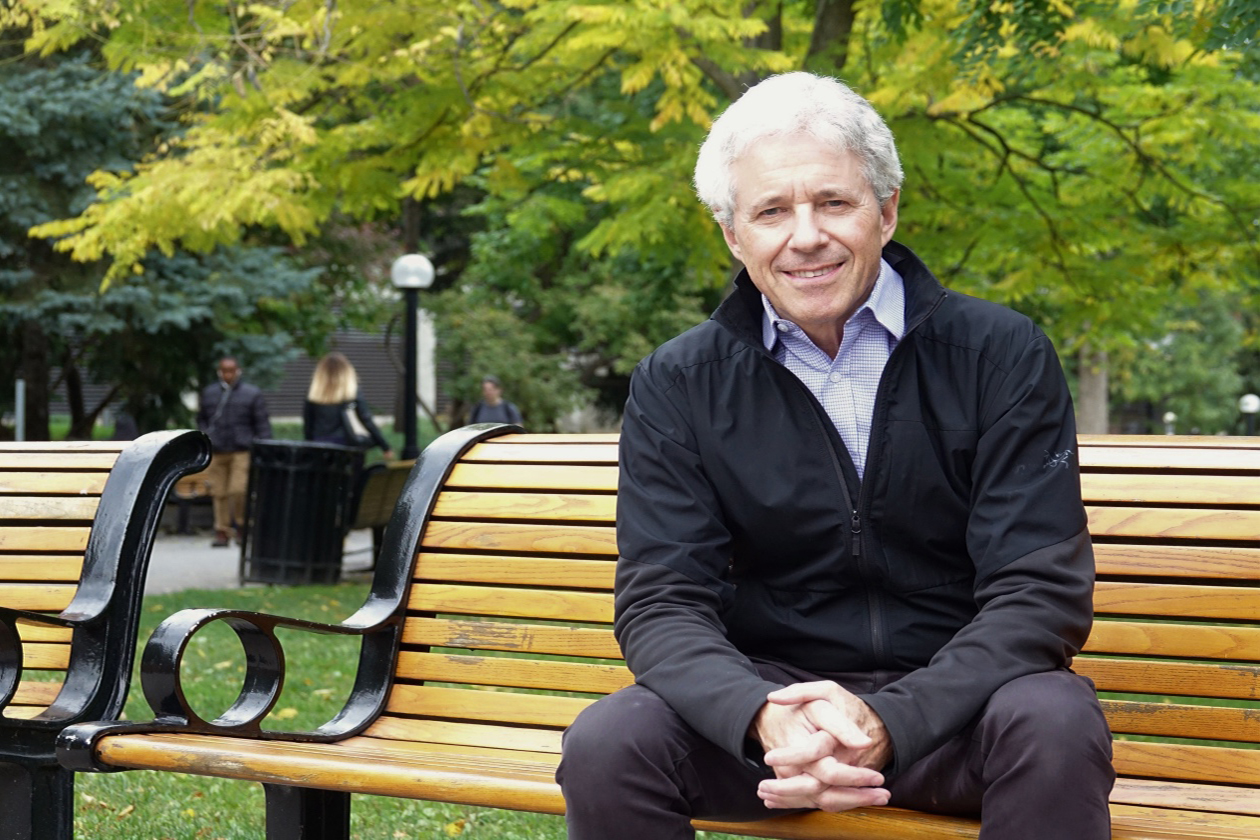 “I made it my commitment to do palliative care and to do it better, because that’s what my patients needed.”

“He had AIDS,” says Dr. Buchman, “but I did not know that at the time, as HIV had not yet been identified.”

After treating the man for pneumonia, Dr. Buchman tried to refer him to a Toronto clinic, but instead the man asked Dr. Buchman to look after him until his death.

“As a family physician, you look after patients from cradle to grave, and I said, ‘of course I will.’ That was my introduction to palliative care.”

Soon, Dr. Buchman had more referrals for patients with HIV/AIDS and became one of two family physicians in Mississauga providing this type of care. With a cohort of new patients who were sick and dying, he knew he had to get better at alleviating their suffering.

For the next 20 years, Dr. Buchman sought out opportunities to learn about end-of-life care. He shadowed other doctors who offered it and joined the Baycrest palliative care unit in Toronto, all while maintaining a bustling family practice and a position on the board of the Ontario College of Family Physicians (OCFP).

But by 2005, the professional demands, combined with family responsibilities and a long commute, were taking their toll, and Dr. Buchman started to burn out. He was about to start his term as OCFP president and couldn’t find a doctor to cover his practice. So, when Dr. Larry Librach offered him a job at the Temmy Latner Centre for Palliative Care at Mount Sinai Hospital, where he could work part-time as an end-of-life care doctor during his term as president, Dr. Buchman jumped at the chance.

In 2016, his career path took another turn, with the introduction of medical assistance in dying (MAiD) legislation in Canada. Palliative care and MAiD were distinct services — the role of palliative care is not to hasten death — and Dr. Buchman had to decide whether he would offer MAiD to his patients. After spending months reflecting on his values and beliefs, he concluded it was an extension of what he’d been doing all along.

“To me, palliative care was all about alleviating suffering. I think MAiD provided one way of alleviating patients’ suffering when all other ways failed or were not acceptable to the patient.”

Compassion and social justice have been defining themes of Dr. Buchman’s career. His early work with HIV-positive patients opened his eyes to the social determinants of health and made him realize the responsibility physicians have in helping marginalized populations. With this in mind, he’s spent the past few years as a palliative care physician with Inner City Health Associates, offering palliative services to the homeless in Toronto. Once a week, he’s part of a mobile unit on the streets and at shelters, trying to ease the pain, symptoms and psychosocial needs of the people the team serves — many who have serious mental health and drug addictions.

“Is it a challenge? It sure is — but this is a population without good access to care, and here is an opportunity to provide it.”

Through his work as a palliative care physician Dr. Buchman became aware of the need for more hospices in the city, where there is only one adult hospice for the general population. He is currently the medical lead for a group working to build a new residential hospice — a project close to his heart and one that brings together under one roof much of what he’s learned in palliative care, about social accountability, patient-centred care and community.

When it comes to the leadership he brings to the CMA, Dr. Buchman points to his focus on compassion. As the current president of the association, one of his long-term goals is to improve physician health and wellness by creating environments where people feel safe and supported.

He wants to address the often toxic culture in which physicians train and work by promoting what he calls “compassionate leadership.”

“I am starting to see physician burnout as a form of suffering,” says Dr. Buchman. “Palliative care addresses suffering with a compassionate approach and evidence supports addressing burnout in a similar fashion.”