The CMA surveyed e-Panel members to inform the association’s submission to the federal Task Force on Marijuana Legalization and Regulation. As the federal government prepares to introduce legislation for spring 2017, physicians answered questions that provided insight into their concerns and opinions about marijuana distribution, consumption, regulation and supports required for frontline practitioners. A summary of the results of the e-Panel survey is presented below.

When asked about the regulatory regime that the federal government will implement for recreational (non-medical) marijuana use, 43% of respondents supported a single system for regulating both marijuana for medical and recreational uses. About the same proportion (39%) supported creating a second regulatory system for non-medical use, separate from that of marijuana for medical purposes.

When asked for suggestions for changes to the regulation of marijuana for medical use, the main themes that respondents provided were as follows:

Marijuana distribution for non-medical use

When asked about their preference for distribution models for recreational use, participants responded as follows:

Personal growth of marijuana plants for non-medical use

When e-Panel members were asked about the extent of agreement in allowing people to grow their own marijuana plants, about 40% of respondents agreed or strongly agreed with this option.

Locations for consumption of marijuana for non-medical use

Respondents were asked about where people should consume marijuana for recreational use. Nearly 80% of respondents preferred consumption in private homes, and only 36% agreed with marijuana consumption in designated public places.

Respondents were split on whether the same consumption places should be used for marijuana use as for tobacco smoking, with 43.0% agreeing and 43.2% disagreeing.

When we asked respondents for their comments on the locations to consume marijuana recreationally, major themes raised included:

Minimum age for purchasing and possessing marijuana for non-medical use

When respondents were asked about what minimum age the government should adopt for purchasing and possessing marijuana for recreational use, 25% of respondents recommended the minimum age to be 21 years old.

When prompted about why e-Panel members chose those particular ages, most cited reasons such as:

Regulation of THC levels (potency) in marijuana for non-medical use

72% of respondents agreed or strongly agreed with having the federal government regulate THC levels in marijuana for recreational use.

Excluding those not in clinical practice, 60% of respondents always or often asked their patients about their recreational marijuana use.

When asked about what other tools would support their practice with regards to marijuana for recreational use, e-Panel members responded that they could benefit from the following:

Within the past year, 18% of respondents authorized marijuana for medical purposes to their patients at least once. 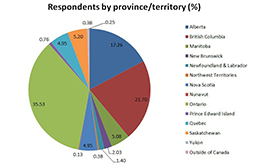 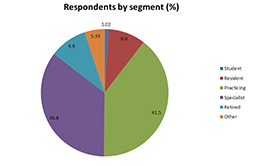 The CMA will continue to engage with the federal government throughout the development of legislation and regulations for marijuana for non-medical purposes, and will continue to represent physicians’ views on this important issue.

“As physicians we really need a lot more education on this topic.”

“The regulatory framework needs to be able to be adjusted based on the research of the impact, so the law can be more generic and the regulations more specific. There should be a lot of funds allocated to education, de-normalization in youth especially, and to research. Clear regulation will help enforcement, and mechanisms to facilitate citizen's participation in the information needed for enforcement will be helpful.

“CMA must lead on making risks of marijuana use well known to physicians, public and politicians. Must insist on national surveillance data on impacts marijuana use is having on our citizens and society. We must NOT relive the tobacco tragedy.”

“I appreciate the CMA reaching out to membership like this, and am glad that the dialogue is opening up regarding marijuana. I think it will find its place in society just like other prescription drugs and alcohol. I think it has potential harms and benefits, and those should be weighed on a case by case basis, rather than blanket bans or completely unrestricted use. More research would definitely be helpful in determining its clinical applications.”