“Immediate action is needed to respond to the crisis in youth vaping”: CMA among health groups calling for federal action on e-cigarettes 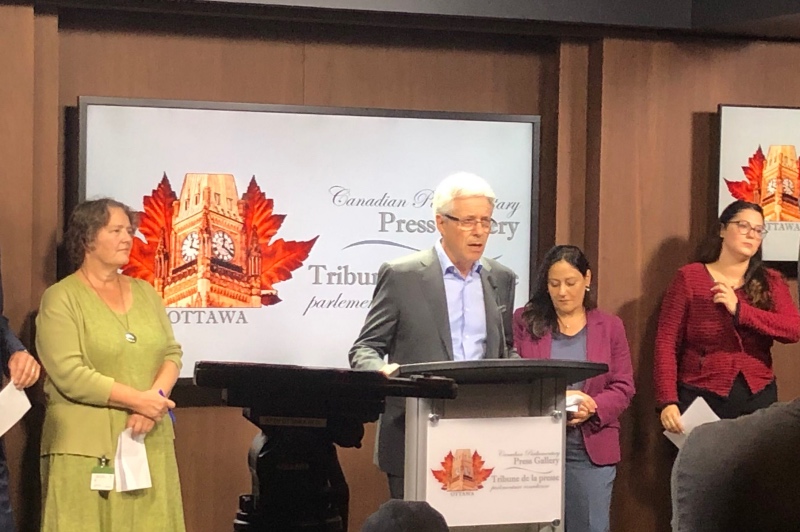 Eight leading Canadian health organizations, including the CMA, are urging the federal government to restrict the marketing of vaping products – with the same kinds of restrictions in place for tobacco products.

The call to action comes as health officials in London, Ontario have reported the first-known Canadian case of a severe respiratory illness linked to vaping. The high-school-aged youth was on life support but has since recovered and been released from hospital.

“Immediate action is needed to respond to the crisis in youth vaping. We have enough evidence from decades of work in tobacco control. We don’t have to reinvent the wheel. What we need is political commitment.” – Dr. Sandy Buchman, CMA president

In the United States, at least six people have died and hundreds more are suffering from the severe respiratory illness linked to e-cigarette products – devices, liquids, refill pods and cartridges. The Centers for Disease Control and Prevention and the U.S. Food and Drug Administration are investigating the cause of the outbreak.

Vaping continues to grow exponentially, particularly among young people. A recent Health Canada report found that 1 in 5 teenagers, aged 15 to 19, are using vaping products, as are 1 in 7 teenagers, aged 13 to 14.

The CMA has long led advocacy to control the use of tobacco – including vaping products – and believes it’s incumbent on all levels of government to continue working on comprehensive, coordinated and effective strategies.

In response to several Health Canada consultations on tightening regulations around vaping, the CMA has made dozens of recommendations, including:

Strong measures are urgently needed to protect children and teens from these products. Close to a year ago, the government committed to regulate vaping promotions. We cannot wait any longer.”  – Mr. Les Hagen, Executive Director, Action on Smoking & Health