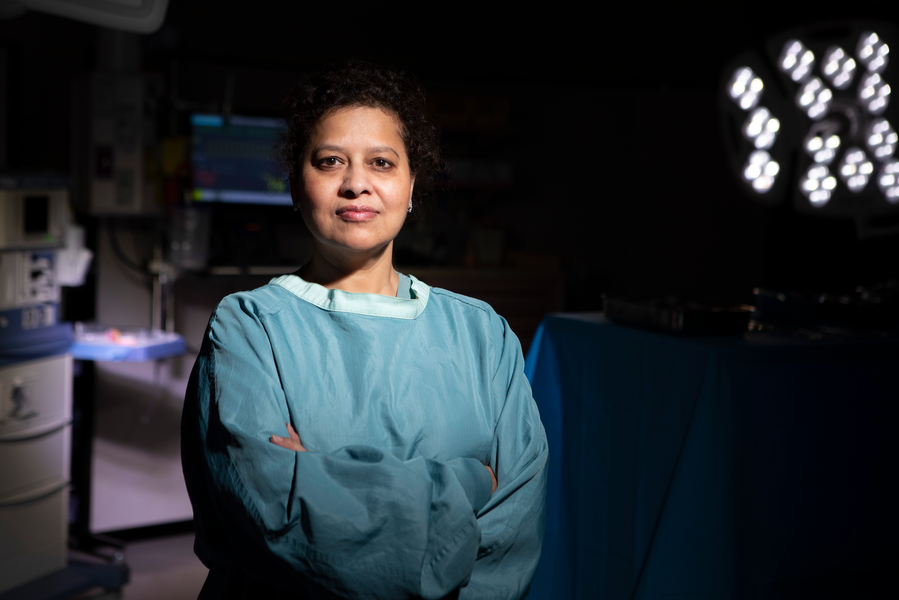 Dr. Najma Ahmed knows first-hand that's not the case. As a trauma surgeon at St. Michael's Hospital in Toronto, she's treated her share of gunshot wounds.

The tipping point for Dr. Ahmed came in July 2018, when a 29-year-old man opened fire on the Danforth, in Toronto's Greektown, killing two people and wounding 13 others. Dr. Ahmed was called in to work that night to operate on three of the victims.

In the aftermath, Dr. Ahmed knew something had to change. She started speaking out about her experience and through frequent media appearances became recognized as an expert on the effects of gun violence and a vocal advocate for limiting access to guns.

Dr. Ahmed brought together a grassroots group of like-minded physicians that eventually took the name Canadian Doctors for Protection from Guns (CDPG). The group now has nearly a thousand members, who deliver public education and engage with policy-makers to advocate for ongoing efforts to reduce gun-related injuries.

"People think that when someone gets shot, they either die or recover and move on with their life, but the reality is so much harder," says Dr. Ahmed.

Recovery from gunshot injuries can be extremely difficult, requiring months of hospitalization and years of rehabilitation and physiotherapy. Some patients never fully recover, spending the rest of their lives with paralysis, chronic pain and other health problems. Many require ongoing treatment for psychological trauma and persistent fear. Their trauma extends to their loved ones, their communities and even the economy, as many victims are never able to return to work.

Borrowing terminology from the United Nations, CDPG calls for gun control to be reframed as a public health issue, not a property matter. Dr. Ahmed points to the strong links between access to guns and the prevalence of suicide and points out that while Canada's overall record on markers of social justice is strong, the country lags behind many developed nations in gun policy and legislation.

CDPG aims to change that. Dr. Ahmed represented the group before the Senate committee debating Bill C-71, which introduced new restrictions on permitted firearms and ownership eligibility. She also participated in a meeting with Prime Minister Justin Trudeau on gun violence.

On May 1, 2020, the government reclassified about 1500 types of semi-automatic rifles, some previously used in mass shootings, as prohibited. The CDPG is now working to get Bill C-71 strengthened and to advocate for a national strategy for semi-automatic handguns.

"We still have a long way to go, but I'm incredibly proud of what we've been able to achieve and the support we've received from across the country," she says.

"When we started, the conversation really was about property rights, but now even the prime minister has acknowledged that it's a public health issue. It gives me great hope for the future."

Dr. Najma Ahmed is receiving the Sir Charles Tupper Award for Political Advocacy in recognition of her leadership, commitment and dedication in advancing CMA goals and policies through grassroots advocacy.