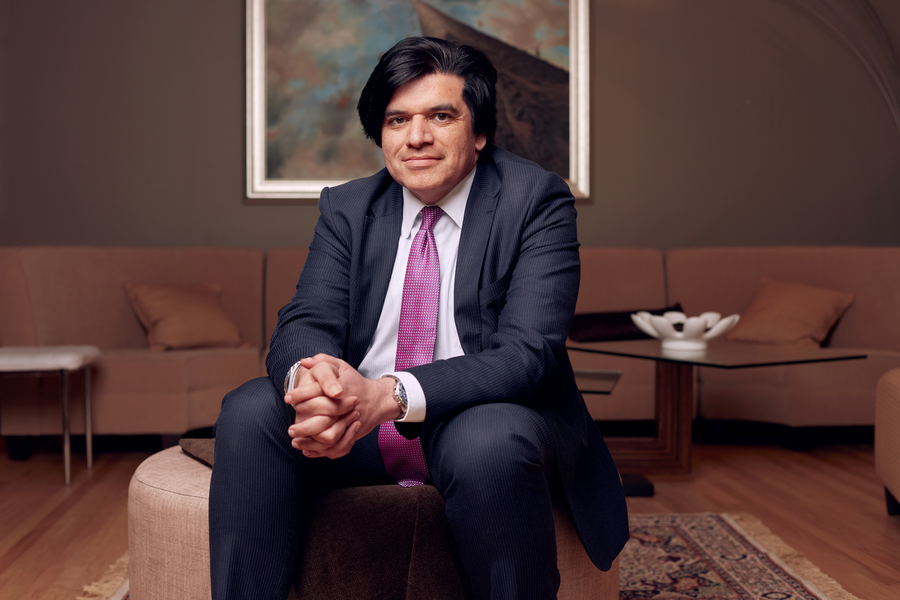 "What would Dr. Parhar do?"

That's the question thousands of health professionals around the world probably ask themselves when confronted with a difficult ethical dilemma. It speaks to the impact Dr. Gurdeep Parhar has had as a mentor and teacher of medical professionalism over the past 15 years.

A clinical professor and the former executive associate dean of clinical partnerships and professionalism for the University of British Columbia (UBC) Faculty of Medicine, Dr. Parhar has always strived to change the way people think about professionalism and ethical behaviour.

"Every generation says to the next, 'professionalism is withering,'" he remarks. "While some ideals and values hold true today just as they did in Hippocrates' time, to think professionalism won't evolve as society does is short-sighted. It needs to be dynamic, not written in stone."

Professionalism is more than just a dress code

For Dr. Parhar, that means getting past the antiquated idea that professionalism is determined by how you dress — for example, whether or not you wear a white coat. Instead, it's about how you treat people, including traditionally underserved populations such as Indigenous people, immigrants, LGTBQIA2S+, people with disabilities and those living in remote and rural areas. A long-time advocate for equity, diversity and inclusion in the medical profession, Dr. Parhar led the development of a social responsibility and accountability framework for UBC's Faculty of Medicine.

"You shouldn't behave in a certain way just because it's the right thing to do, but because it's the smart thing to do and is critical to your success as a professional," he explains. "Not including others' viewpoints will cause you to underachieve. If you exclude people who are not like you from your organization's leadership positions, your team will not be the best it can be."

Being professional in the age of social media

Dr. Parhar is also proud of his role in updating the professional standards for UBC's faculties of medicine and dentistry, originally written before the advent of social media. While many of the old rules still applied, there was no guidance for sharing information online. Creating new standards that addressed doctors' digital footprints required reflection on the changing world and what it meant for the profession.

With more than 80,000 Twitter followers and a TEDx talk with more than 1.1 million views on YouTube, Dr. Parhar has became a living example of how physicians should conduct themselves online. He encourages colleagues and medical trainees to use social media responsibly, carefully considering what they're trying to accomplish and thinking about how their posts could be misinterpreted.

"Social media has a lot of power to inform and educate, whether you're talking about drinking water quality, gun issues or COVID-19," he says. "Those of us who have a voice have a responsibility to use it effectively."

Dr. Gurdeep Parhar is receiving the Dr. William Marsden Award in recognition of his exemplary leadership, commitment and dedication to advancing and promoting excellence in medical ethics and professionalism in Canada.